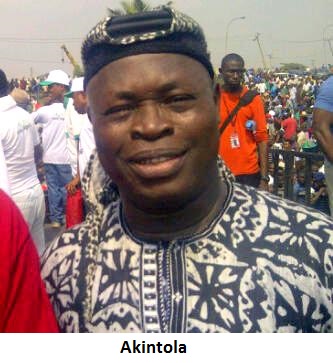 The Nigerian Supreme Council for Islamic Affairs (NSCIA) has directed Muslim faithfuls to look out for the moon from today Friday 26th May, 2017. Nigerian Muslims are, therefore, most likely to commence the annual Ramadan fasting within the next 48 hours.

The Muslim Rights Concern (MURIC) seizes the opportunity of the commencement of the Ramadan season to call the attention of Muslims throughout the country to the socio-economic plight of Imams. It is tragic, pathetic and embarrassing. It demands an immediate and radical solution.

In a country where the average citizen lives on less than $1 per day and per capita income is less than $300, the current recession has worsened the plight faced by Imams. It must be noted that while a few Imams receive stipends from Islamic organizations, more than 90% of them have no reliable source of income whatsoever. This is quite embarrassing.

It is also paradoxical that government establishments do not recognize the Arabic certificates obtained by them even after spending close to twenty or thirty years in various Islamic schools and centers. To make matters worse, elite Muslims expect Imams to go for another vocational training like carpentry and tailoring in order to make ends meet. This amounts to gross socio-economic injustice. It creates a wider gap between the rich and the poor and promotes class compartmentalisation.

The Imam’s daily routine is so enormous that labour activists cannot but see it as slave labour. He begins the day’s work in the mosque from 5.30 am in preparation for the Subh prayer. He must be there to lead the congregation for Zuhr between 1 and 2 pm. ‘Asr prayer is between 3 and 4 pm and he must not miss it. He is still in the mosque for Magrib (around 7 pm) and for ‘Ishai around 8 pm.

Yet that is not all. He takes charge of funeral matters when any member of the congregation passes away. He washes the corpse. He shrouds it and leads the salat al-janazah (prayer offered on the dead). He is there for the solemnization of marriages (nikah). The Imam is overworked, overtasked but underpaid.

To get back at his oppressors, the Imam capitalizes on wedding (nikah), naming (‘aqiiqah) and funeral (janaazah) and graduation (waliimah) ceremonies by turning them into bazaars in order to rake in their dues from the negligent congregations. This is often done to the chagrin of envious elites who complain endlessly of extortion and exploitation.

But the fact is that none of those educated elites and critics of the Imam who argue that the Imam should go for some vocational training can bathe their dead relations. They will call the Imam. None of them can solemnize their daughter’s marriage by themselves without inviting the Imam. They fail to accept the fact that Islamic scholarship is a profession by itself and a most noble one too and no Imam should be expected to set out to learn any other vocation. Or have lawyers been requested to learn carpentry or tailoring?

MURIC contends that the Imam is badly shortchanged and the time to appreciate him is now. We are not talking of Islamic scholars who are in government institutions. This is about Imams in private mosques and those employed by Islamic organizations. They only receive seasonal tokens. It is a big shame that Islamic organizations pay their Imams the poorest salary in this country.

This Ramadan season offers a unique opportunity for sober reflection on the way Imams have been impoverished by their followers and pauperised by Islamic organizations. We remind Muslim faithfuls that Imams also have family responsibilities. Their children must pay school fees. Their wives buy from the same markets like all other consumers even in the face of rising costs and the current recession. The Nigerian Imam is in economic bondage.

MURIC charges the Muslim Ummah to set the Imams free. Why is it that some mosques are built without any provision for the Imam’s quarter? This practice does not conform with liberation theology in Islam. Our religion is essentially welfarist. Every individual Muslim has a duty to extend a hand of fellowship to his or her Imam. Making the Imam comfortable is the only way to stabilize the Imamate institution and make Islamic studies attractive.

Have we not seen the recent drift in choice of courses by students in universities? How many Muslim parents want their sons and daughters to read Islamic studies? How many of them want their children to become Imams in future? Most Muslim parents want their children to read accounting, banking, insurance, law and other materialistic though glamorous courses. Is it not because even the Muslims look down on the Imam and pays him a pittance?