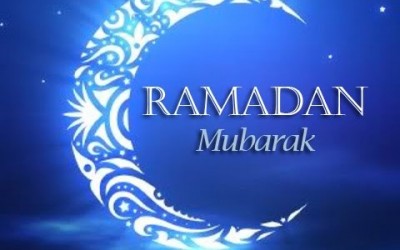 The word “Ramadan” is the ninth month of the Islamic calender and the name of the month that is most widely known and prominent among even non-Muslims. God prescribed fasting in the whole of the month of Ramadan and made it obligatory upon all Muslims with specified exemptions. Fasting is an important component of worship of God from the beginning of creation and all the past divinely revealed religions have fasting as a form of worship.

What is fasting? Fasting is the intentional self-deprivation of eating and drinking among other things that are legal to please the Creator and to seek closeness to Him. The time durations of fasting in Islam, Christianity and Judaism might slightly differ but what is common to all is that there is a time duration where a person will abstain from eating, drinking, sexual intercourse etc.

In Islam one can fast in almost all the days of the year but it is among the pillars of Islam for a Muslim to fast the obligatory fast of the month of Ramadan from dawn to dusk of every day of this month. One is most encouraged to keep to the acts of goodness and to keep to Islamic injunctions and commandments in this blessed month. At the end of the month of Ramadan a feast (Eid al-Fitr) is held to celebrate the end of this glorious spiritual journey and to show thankfulness to God.

Benefits of the Ramadan Fasting:

Both Sunni and Shia school of thoughts do not differ on the obligation of fasting in the Holy month of Ramadan and the implication of this that all Muslims are in agreement to the obligation of fasting in the month of Ramadan. Therefore, the month of Ramadan should act as a platform of building bridges of brotherhood and oneness among Muslims. The biggest undoing today of the pathetic plight of Muslims the world over is disunity among their ranks. Unfortunately, the enemies of Islam and Muslims have exploited this fault lines to their maximum advantage. Today the biggest losers of this disunity is Muslims themselves as they are deprived of all the advantages that unity bestowed and are suffering all the punishment that comes with disunity.

Platform to help the poor and the downtrodden

Both the rich and poor observe the fast in the month of Ramadan and it will be more easier for the poor since the poor is use to hunger and thirst. The month of Ramadan will subject the rich to hunger and thirst and that experience will remind the rich about the plight of the poor. Such experience will encourage the rich to be more generous with his/her wealth in meeting the needs of the poor, needy, refugee, homeless, barefooted and the downtrodden. What the rich gives is what is truly his but what he accumulate might most probably not his as his inheritors will inherit them. God promised great reward in giving charity to the poor especially during the month of Ramadan, it is important to grab this opportunity. This platform should not be limited to only needy Muslims, it should be extended to the whole of humanity as the message of Islam is for All.

Platform for Spiritual training and discipline

In the month of Ramadan, the Nafs (Self) is discipline and subjugated to the commandments of God. This is the most important Jihad according to a famous tradition of the Prophet (sa) that was reported from both Sunni and Shia sources. Therefore the month of Ramadan is an incubator for hatching pure souls that will enhance the goodness of the larger society.

Platform for reflection and meditation

It is among the nature of man that when hungry and thirsty talking is less. The Month of Ramadan is a medium for self-reflection and self-evaluation for Muslims for the sake of self-improvement. It is important to realize that there were millions that fasted the last year’s Ramadan but are not alive today and there will be millions that will fast this year but will not make it to the next year.

Life is temporal, the world is not a permanent abode but a temporal station of trial and examination. Remembrance of this reality and the eventual return to the Creator will help in rejecting the constant temptation of Satan the cursed. Wicked, evil and bloodthirsty tyrants and murderous terrorists can murder the innocent but they can not be able to exempt themselves from death and the ultimate return to the Creator.

There are lots of benefits of fasting not mentioned here as the write-up was meant to be as an introduction to fasting in the Holy month of Ramadan. Scientists and nutritionists had proven the health benefits of the one who fast and was as a result of intensive research. There is also the societal benefit of fasting where crimes are generally low during Ramadan in Muslim societies. A famous Prophetic tradition stated that “the Satan is locked up during Ramadan”.

Millions and millions of salutation of God upon His most beloved, the seal of all His Prophets and Messengers -Muhammad alMustapha (sa) – his pure Household, his chosen Companions and all those who follow on their guidance to the Last Day!