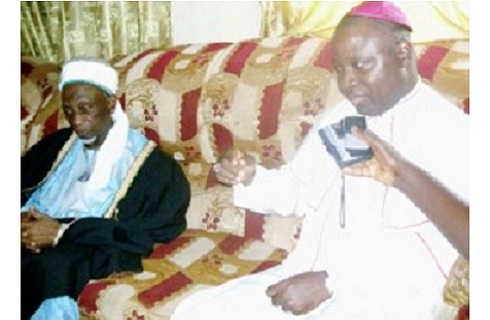 It is believed that religion benefits a community by teaching its people to embrace and practice truth, honesty, love and devoutness. Religion is also seen, by many, as the marshal of moral action.

By many measures, Nigeria is a very religious country. Nine out of ten Nigerians, if not all, subscribe to a particular faith which brands them as followers of divinity. From serving as a pathway to eternity for many, to a factory for help or relief from disappointment, religion has thrived in our Nation. But even so, it is also widely believed that Nigeria is one of the most corrupt countries in the world. As now commonly witnessed in the three arms of government in Nigeria, corruption has taken so many forms that cross ethnic, class or faith frontiers.

Corruption has, overtime, impacted the Nigerian economy and remains a towering threat to peace, governance and economic development in Nigeria. In fact, it took President Muhammadu Buhari’s anti-corruption onslaught to expose a series of high profile corruption scandals that have uncovered the steep size of corruption in the country.

Even though many have described the president’s stab at curbing corruption as a pie in the sky and ‘vindictive’, his government has vowed to continue with the campaign.

With the above in mind, I stand with many who believe that this cumbrous task should not be left for the government to tackle alone.

Religious leaders stand in a strategic position to, in various ways, help governments and companies to battle corruption by addressing it in places of worship. They can use their influence over our consciences in a pietistic pattern.

While it is proper for leaders from the two dominant faiths (Christianity and Islam) to pray ‘against’ corruption, I somewhat believe that, since their words carry weight, there is more that can be done by these leaders.

For example, religious groups have been largely accused of encouraging corruption by demanding and accepting astronomical amounts of donations from political and business leaders in their churches and mosques. There is an urgent need to cut the cackle and close this growing credibility gap.

While the church or mosque cannot investigate the source of funds worshippers donate, they can consistently teach about the consequences of stealing in relation to faiths and emphasize sincere discharge of duties in various positions or offices.

Becoming wealthy without work is another topic religion propagated nonstop to its believers. That being the case, a large number of followers became obsessed with this ideology and sold their conscience to corrupt practices. I remember being stopped many years ago by a task force team and bundled into a waiting van for not using the foot bridge. As we drove to the local government, the leader preached and prayed for us. After which he, without a spark of decency, requested that anybody willing to part with Two Thousand Naira would be to go, instead of paying Five Thousand Naira when we get to the local government secretariat. He went ahead to attribute his act of ‘leniency’ to his faith and membership of a church known for simplicity and humility. Fair enough, I took my chances and went to the local office where I ended up paying a five hundred naira fine and went my way.

For the most part, every human group has its own bad eggs who mostly end up being caught between two stools. But even so, since the government has drawn a line in the sand against corruption, religious leaders should stop barking up the wrong tree, and begin to change the dogma that ‘money’, ‘power’ and ‘material’ are the ultimate measurement of ‘prosperity’ and progress in our society.

On the whole, the sick romance with gospel of materialism must be discouraged by Clerics through promoting a chaste lifestyle. This will, overtime, reverse the apocryphal doctrine of materialism which is responsible for the worsening plight of the poor in our country.