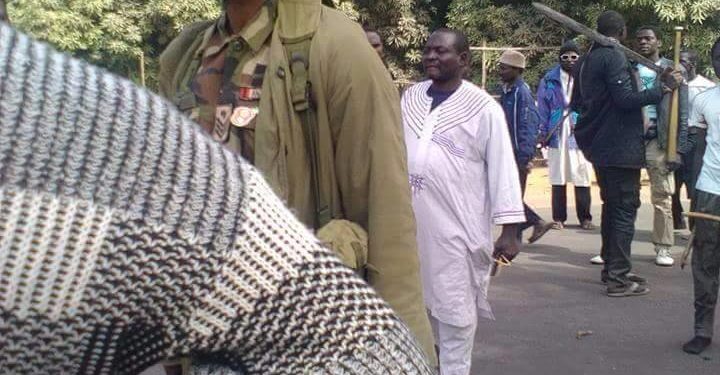 The report of the Judicial Panel of Inquiry into the Zaria massacre of December 12th to the 14th of 2015 has finally been released to the general public.

While as should be expected the panel found:

a. the Nigerian army guilty of the mass murder of hundreds of Nigerian citizens,

b. the Nigerian army guilty of false testimony, concealing the true numbers of those killed,

c. the Nigerian army guilty of an illegal or otherwise unauthorized cordon and search of various sites where the minority Muslims inhabited,

e. the Nigerian army guilty of “shooting its way through” the blockade,

f. the Nigerian army and Kaduna state government guilty in the secret mass burial of hundreds of victims to conceal their crimes,

g. the Nigerian army and Kaduna state government guilty in the mass burial of male and female Muslims in one grave which “violates Islamic traditions and other relevant burial laws of Kaduna State and Rule 115 of the Geneva Convention,”

h, the Nigerian army and Kaduna state government guilty in the demolition of properties of the massacre victims, and Shia Muslims,

While the above indict the Nigerian army in the cordon and search later parts of the massacre of over 350 victims and their secret mass burial, it is important and essential for the concerned general public, the victims, families of the victims and non governmental organisations to verify the evidences submitted as relates to the initiation of the deadly massacres.

In a video clip provided to the public by the Nigerian army last December, a conversation is noted between now late alleged members of the Islamic movement and members of the Nigerian army. The clip is edited with a major portion removed and jumps ahead to show the aftermath of the initial stages of the massacre, after the army had killed all involved in the road block and cleared the bodies. There are thus no witnesses on the side of the victims to describe how the initial massacre on the road started. Who threw the first stone.

The Judicial panel claims as quoted below to have seen in video provided to it, assumably the complete video, that the victims threw a first stone, were shooting and were moving to surround the military convoy. See quote:

b. It was in evidence from the testimonies of some of the officers and a video clip29 trying to persuade the IMN to remove the blockade; that the NA officers noticed that they were being encircled and that there were suspected gunshots sound heard.

We hereby request this full video to verify the Mohammed Lawal Garba Panel-certified account of the initial events that allegedly triggered the road-block initial part of the massacre in “self defense” of army chief Tukur Buratai.

Zeenat Reference And The Illegality Of Military Road Blocks

It is also necessary to correct the Judicial panel on its erroneous impression and false accusation and reference to the person of Mrs Zeenat Zakzaky. The panel accused her of at some time in the past, refusing to disembark at a military checkpoint. We once again remind the members of the panel and all rights-conscious members of the public, thatmilitary checkpoints are illegal. An active military presence on the streets is illegal. The Nigerian military is not a civil authority and has absolutely no role in policing the state. Only the police may have a right to mount road blocks and even in these cases, there must be justifiable probable cause to order a dismount and search civilian vehicles.

We are disappointed and appalled by the failure of the judicial panel to recommend the requisite urgent exhumation of Mando mass grave for proper investigation, identification and family burial of identified victims of the Zaria massacre. Perhaps the Mohammed Lawal Garba-chaired panel forgot about this or lacked knowledge of the vital importance of this essential requirement in the investigated crime. The Mando cemetery should have been demarcated a crime scene since December 14th and a full exhumation process ordered to ascertain the true numbers of genocide victims buried therein and identify the victims’ method of death, names by features, clothes and possible materials of identification on their person and to properly allow their family members or/and the Islamic movement bury them as they desire. The Islamic movement has provided a list of over 75 names of missing persons. The belated testimony of the Kaduna state government on its mass burial is not veritable and reliable evidence of the true number buried therein. This is more so with the Nigerian army refusing to confirm the numbers killed during interrogation. We urge the Adamu Mohammed Mansur-chaired whitepaper panel to correct this grave careless unjust “omission” and order the immediate investigation of Mando mass grave.

We look forward to the speedy release of the requested full video in the interest of finally and fully beginning to pursue justice for the victims of the Zaria massacre so Nigeria can move forward with God’s blessings.

VIDEO: How We Pad Budgets Every Year ...