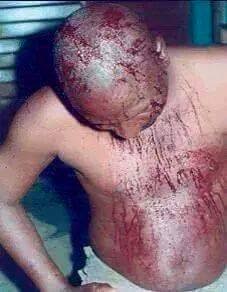 The Rivers State Chapter of the All Progressives Congress (APC) has queried the hurried release, by security agencies, of aides of Governor Nyesom Wike who were arrested for malpractices and violence during during the State and National Assembly rerun elections in the State. The party equally raised eyebrows about the speed with which Wike’s aides arrested for attempting to assassinate the Director General of the Nigerian Maritime and Safety Agency (NIMASA), Dr. Dakuku Peterside, Rivers APC Chairman, Dr. Davies Ibiamu Ikanya, and the party’s deputy governorship candidate in the 2015 elections, Hon. Asita O. Asita, were allowed to go home and continue with their normal businesses.

“We are shocked and left speechless by the speed with which the Secretary to Rivers State Government, Mr. Kenneth Kobani, Wike’s Special Assistant on Special Projects, Mr. Cyril Dum Wite, and Wike’s Chief of Staff, Emeka Woke, were released and allowed to go home despite the overwhelming evidence against them,” Rivers APC said in a statement signed by its Chairman, Dr. Ikanya.

It recalled that Mr. Kobani was caught red-handed aiding rigging during the Saturday, March 19 rerun polls while Wite was caught with N40 million, arms, Police and Army uniforms in his car. The party also recalled that the next day, gunmen operating in two jeeps belonging to Woke opened fire on a vehicle conveying Peterside, Ikanya and Asita, who were on their way from Port Harcourt International Airport, Omagwa. “Our hopes were initially raised when Wike’s implicated aides were arrested for questioning as we thought that justice would be made to take its source. We are disappointed that these men have been hastily released and left off the hook instead of being vigorously investigated and charged before courts of competent jurisdiction. This is sad and unfortunate,” Rivers APC said in the statement issuedThursday in the State capital, Port Harcourt.

The party challenged security agencies in the State to conduct their activities in a way that would convince everyone of their impartiality and advised them not to allow themselves to be bought by Governor Wike in his desperation to completely conquer and possess Rivers State by hook or by crook. It described the rerun elections as a violence-ridden sham and demanded its total cancellation by the Independent national Electoral Commission (INEC).

Rivers APC also appealed to its members and supporters not to be demoralised by the turn of events but to remain steadfast in their support for the party, knowing that those with God are in the majority and that evil will never outshine good. “We wish to remind Wike and his collaborators that one day the blood of those wasted to install and perpetuate his for his evil administration will speak and exact vengeance. Wike and his cohorts that are now celebrating and drinking the blood of seemingly hapless Rivers people will one day give an account of all their evil deeds either here on earth or hereafter before a just God that cannot be bribed,” Rivers APC said.