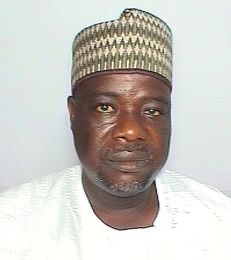 A former Chairman, Senate Committee on Culture and Tourism, Senator Hassan Barata, is in detention in Saudi Arabia.

Barata was carrying an official passport already revoked by the Nigeria Immigration Service (NIS) on the orders of the Federal Government.

It was gathered that the NIS had earlier in the week communicated the revocation of official and diplomatic passports of certain persons to the international community through their embassies in Nigeria.

Barata, during questioning had claimed to be an employee of the Nigerian Embassy – a claim that was found to be untrue.

The Nation reports that Senator Barata travelled a few weeks ago and refused to leave after his time elapsed.

Barata represented Adamawa South in the sixth Senate, having been elected in 2011 on the ticket of the Peoples Democratic Party (PDP).

He defected to the All Progressives Congress (APC) last February but returned to the PDP after losing his bid to pick the governorship ticket.

DAILY POST recalls that the NIS had on Monday warned all unauthorized persons to return the official and diplomatic passports immediately.

A statement signed by the Comptroller General, Martins Kure Abeshi listed those affected as former elected and appointed government officials.

DAILY POST Predict & Win: Manchester United vs Liverpool
The Immigration boss warned that failure to comply with the directive will amount to an offence under the Immigration Act 2015.