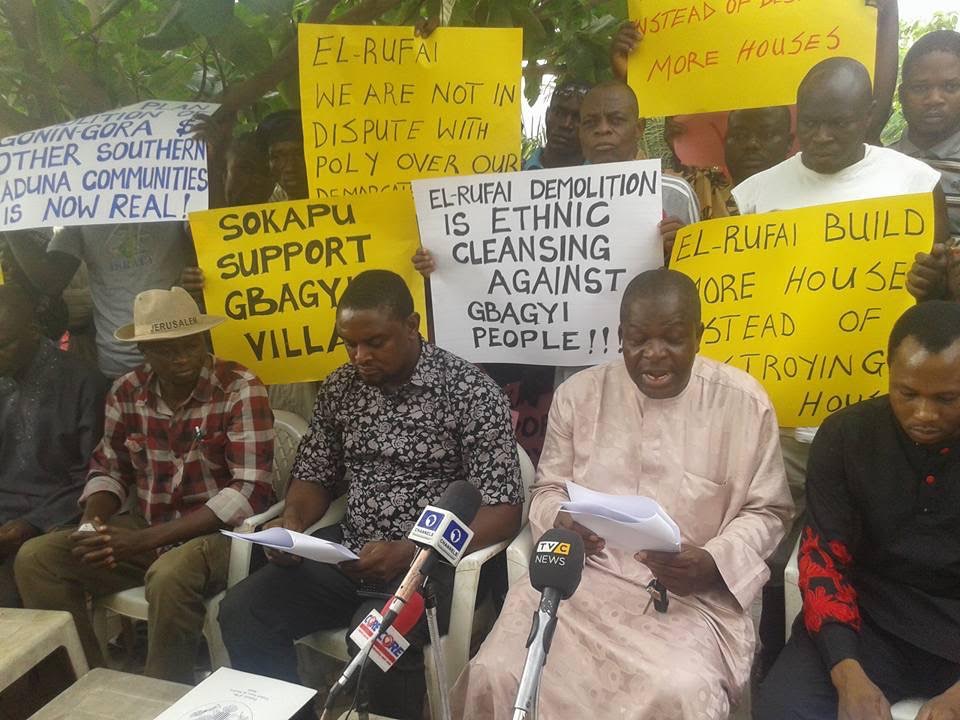 All my life, I grew up to know the people of Southern Kaduna  as subsistence farmers. Not cattle rearres.
Northern Kaduna people were the ones known for cattle rearing from time immemorial.

I remember vividly when we were very much younger, my mother will take my siblings and I to ‘Ruga’ (fulani settlements) somewhere around shika dam, Zaria, for fresh cow milk. We were staying at Dogon Bauchi (for those who know Zaria well).  Closely every family around that area owns cattle. And they’re mostly Hausa/fulani.

Each time the raining season comes, my father and some of our neighbours who are also from southern Kaduna (but resident in Zaria) will go back to their various localities to make arrangement for the farming season. It is believed that the SK land is more fertile than the NK so they’ll always prefer to go and farm at home.

And, that is how it has been till this day. The people of Southern Kaduna are mostly farmers while their northern counterpart are mostly cattle rearres.

Why then, should any sane person propose a land in the southern part of Kaduna for animal grazing reserves? Isn’t this madness? I mean, this is clear indication that the hELl Rufai led government lack a clear understanding of the state they govern.

How can you call yourself the governor of a state and yet, you do not know the different people in your state with their various culture, traditions and peculiarity. This shows that they are void of focus, vision and direction. And as such lacks the competence to deliver the goods to the good people of Kaduna state.

I’d thought a right-thinking governor will use this opportunity to bring lasting peace to the SK region by siting the proposed grazing reserve in NK region. This will not only make things easy for them(the herdsmen) as there are thousands hectares of grazing fild in Northern Kaduna where the herdsmen abound but, will also reduce the recurrence of crisis between them and the farmers/rural dwellers.

However, if, the state goes ahead to create the grazing reserve in the SK region, the decision may turn out to be a disastrous one. Cos, it certainly will seems like adding more grease to the elbo of this herdsmen to continue with the genocide they had started for a very long time against the farmers and the rural dwellers in the Southern part of Kaduna state.

After-all, when land were needed to build universities, ultra-modern hospitals military facilities, federal agencies, head quarters of relevant government organisations e.t.c then, there would always be availability of land awaiting such projects in the Northern part of river Kaduna.
But, when it comes to ridiculous, irrelevant, needless and catastrophic  projects such as the so called ‘grazing reserve’, Southern Kaduna became the first place that pop up their bigotry minds.

My dear SKlites let’s stand on our feet, join hands and speak in unison as we make this onerous decision.
Let’s say #NO to the underground plans of continued genocide against our people by the hELl Rufai led government.
Let’s say #NO to Grazing Reserve in the SK region!