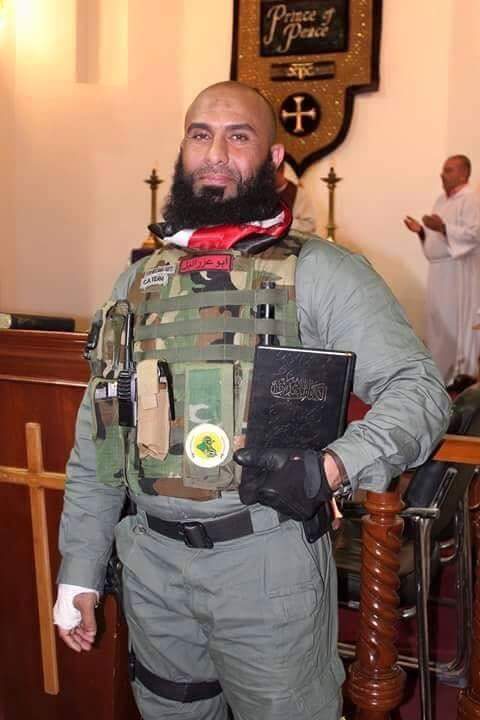 by Stephen Wikblom on FB

He fights for all Iraqia whether they are Sunni, Christian, Shia or others. Ayyub Faleh al-Rubaie, known by his nom de guerre Abu Azrael, also known as the “Angel of Death”, is a commander of the Kataib al-Imam Ali, an Iraqi Shi’a militia group of the Popular Mobilization Forces that is fighting ISIL/ISIS/Daesh in Iraq.

In the picture above he was invited to Church in appreciation for his protection.

This preceding statement from a follower just cracked me up.

“He has the power of Christ and Ali now. As soon as he gets Jew magic he’ll be unstoppable. Really though, glad to see the tolerance whenever it occurs.