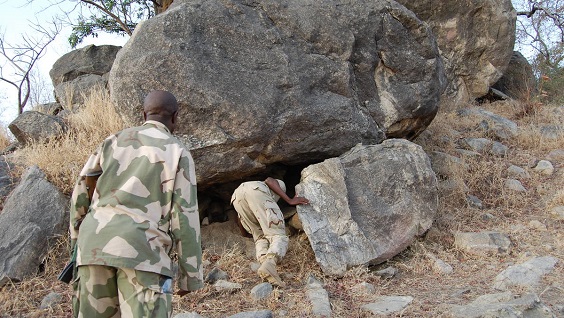 Nigerian troops at the  33 Brigade of the Nigerian Army, today concluded the dislodgment and clearing of Boko Haram terrorists from Lame/Burra forest, which traverse Ningi and Torro Local Government Areas of Bauchi State.    A statement released by Nigeria Army spokesman, Colonel Usman Sani, disclosed that all the camps in the forest have been destroyed.

According to him, “During the operation that started since last weekend, quite a number of terrorists were killed, their weapons and equipment destroyed. Similarly, a sizable number of arms, ammunitions, food stuffs, Hilux vehicles, motorcycles and Improvised Explosive Devices (IEDs) were recovered by the troops.

“It will be recalled that the forest has been notorious hideout of the BHT from where they organize raids, kidnappings and attacks on hapless and innocent citizens and security forces. With this the surrounding communities would enjoy increased peace and security in their respective areas.” stated Col. Sanni.

The clearing of Lame /Burra forest follows rumors since yesterday that troops have retaken Bama township in Borno state, but Col. Sanni has yet to confirm that development. – SaharaReporters