Something Really, Really Dangerous, By Okey Ndibe; Nigerians are No More Than Ants 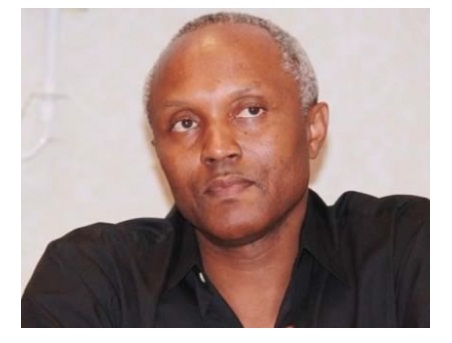 Something really, really dangerous has happened in Nigeria. It is the reduction of human life to the scale of an ant. It is not about to happen; it has happened already.

Forget all the talk about 2015 and the coming general elections. Forget the debate about the PDP and the APC. Ignore the news that Nigeria has vaulted into the largest economy in Africa. Don’t bother about the bloated national conference and its tiresome deliberations. The most urgent issue in Nigeria, the issue that ought to keep Nigerians awake, is the evident abrogation (not devaluation) of human life.

The evidence stares us in the face each passing day. Day after day, Nigerians are massacred in some savage attack. Nigeria is a country in the grips of a blood lust. It’s as if, every waking day, there’s a promise of senseless death coming the way of some hapless Nigerians. Death or bereavement by Boko Haram has become a daily occurrence, even a guarantee.

In the last week and a half, Israeli authorities spared no resource to find three missing, abducted schoolchildren. When their remains were discovered, apparent victims of murder, the Israeli government stepped up reprisals against their suspected killers. Human rights organizations have flayed Israel’s excessive and indiscriminate use of violence against Palestinians. I’m troubled by such overreach. But the lesson is not lost on me: Israel reminds us how a nation-state behaves when any of its citizens is killed or even put in harm’s way.

From the explosive, strife-torn Middle East to the streets of Philadelphia in the United States.

Last Saturday, a roaring fire consumed residential blocks in Philadelphia. The deaths of four children in the fire brought home the gravity of the tragedy. The horrid event was near the top of radio, television, online and print news coverage. Driving last Saturday, my radio tuned to National Public Radio, I heard a local public official say, “A very, very tragic thing has happened to the city of Philadelphia today. We lost four beautiful children.”

I didn’t get the official’s name, but his voice carried a stamp of conviction. His words moved me. And then, suddenly, a deep sadness settled over me.

Here’s why. It occurred to me that, in Nigeria, no government official talks like that about children. No, they don’t think that children are beautiful, their lives precious, and their death—whether in a fire or human-made bomb explosion—a tragedy. If a Nigerian official describes children as “beautiful” or their death as tragic, it’s hardly ever from the heart, hardly a heartfelt sentiment. Instead, it’s likely because some speechwriter smuggled the words onto a written text.

I did argue in a previous piece that Nigerians had been reduced to the level of animals, their death at the hands of vile, callous terrorists eliciting little outrage and no reaction. I had contended that Nigerian lives were so thoroughly discounted that the killing of a Nigerian hardly carries more weight than the killing of a chicken.

Then it recently struck me, quite suddenly, that I had exaggerated. I had erred in lifting the Nigerian to the level of a chicken. I’m afraid that the Nigerian has been so dehumanized, so terribly debased, that s/he invites comparison, not so much to a chicken as to an ant.

Here’s the difference. Chickens have a visibility that ants don’t. If a car runs over a chicken, there’s a carcass to remind onlookers of what happened. Not so an ant. The death of an ant is often invisible because ants are, on the whole, too small to be noticed. Even when we walk, we often step on and squelch many ants without taking place.

This sense of dying unremarked, I’m afraid, has become the lot of the Nigerian. Nigerians appear oblivious to the parade of tragedy stalking their land, to the unceasing line-up of lives sacrificed daily on the altar of sectarian violence.

Somebody could argue that Nigeria’s media feast on reports of terrorist attacks and their maimed or murdered victims. But that’s hardly a refutation of my point. Nigerians are slaughtered in massive numbers, every single day, so that the victims’ lives no longer count, even when some newspaper brings us the news.

There’s sheer fatigue in the international media about Nigeria. Boko Haram would have to top its continued abduction of more than 200 schoolgirls to awake the curiosity of the battery of foreign media correspondents covering West Africa. Were it not for the presence of American operatives, I would have been willing to bet that the search for the missing Chibok schoolgirls had been suspended. In the Nigerian imagination, more than 200 abducted schoolgirls might as well be 200 crawling ants!

Nigeria has become a Federal Republic of Ants ruled (note the word “ruled”—not governed or led) by a greedy, grasping bunch of politicians with insatiable appetites. In this misshapen republic, every thing, every value and every human presence, is subordinated to the rulers’ relentless pursuit of lucre. The rulers are too busy, too focused on looting, to notice the ants they trample underfoot. The ants are too riveted by the ardor of scrambling for the crumbs that they pay no heed to those of their number ground to death both by the rulers and those who presume a divine mandate to kill.

For me, all the talk about fashioning a new Nigeria, all the stipulation about new terms of office and the creation of new states, all the celebration of Nigeria’s stride to the position of Africa’s top economy is poppy cock. A nation must have citizens to make sense at all. Nigeria has humans scaled down to ants, instead.

That’s the dangerous thing happening in Nigeria. The first, most urgent order of business in Nigeria is to recreate its people into dignified humans. Unless this is done—until this task is accomplished—the space called Nigeria doesn’t even begin to make sense.