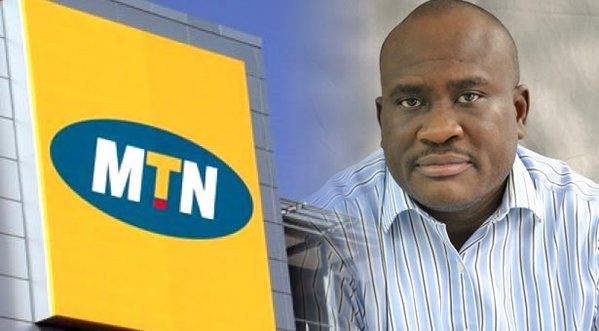 A confidential document obtained from within Nigeria’s Communications Commission (NCC) shows that MTN Nigeria, the telecom giant which was fined a massive $5.2bn yesterday, is a serial offender of regulations in the industry, and explains how the staggering figure was arrived at.

The fine, which MTN says it is studying, is a punishment for non-compliance with a deadline set by the NCC to disconnect all non-registered sim cards.

The document explains that the punishment follows a review of the registration records of all the telecom operators,and having taken into consideration their compliance records, the agency imposed a fine on MTN alone for non-compliance on SIM registration.

“The fine of N1,040 billion is in line with Section 19 of the SIM Registration Regulations specifying  N200,000 per unregistered SIM and the penalty has been applied for the 5.2m MTN SIM card registration records found to be non-compliant by the NCC,” the document says.  “This unprecedented fine is indicative of the magnitude of the transgression and the seriousness with which the NCC and the authorities are approaching this issue. It is also more likely to ensure that the wilful non-compliance by MTN ceases.”

The document shows that as far back as May 2010, all local telecommunications operators were required to commence the collection of biometric and non-biometric personal information for each new subscriber in an effort to improve information gathering towards enhancing national security. The initiative was at the instance of the Office of the National Security Adviser in collaboration with other security agencies and the NCC.

The SIM Registration Regulations came into force on November 7, 2011, and exactly two years later, operators were directed to fully bar any newly registered SIM card which failed to perform a voice or data communication within 48 hours of its registration.

The document shows that the NCC and security agencies conducted a compliance audit on all operators in August this year following expiry of the deadline of August 11, for deactivation of improperly registered SIM cards.

“The NCC disclosed, at Press Conference on August 17, 2015, that despite sharing a list of invalid registration details with operators, MTN had made little or no effort towards compliance with the deactivation directive whilst other operators had largely complied.”

The document further shows that last month, an unprecedented high level meeting chaired by the Chief of Staff was called at the presidential villa, bringing the telecom CEOs face-to-face with the heads of the main security agencies and the NCC, for the purpose of emphasizing compliance with the deactivation directive.

“As it stands today MTN’s persistent violations have forced the NCC to impose the unprecedented sanction of suspending all regulatory services to MTN following its accumulation of over 28 separate and proven infractions,” it says.

Premium Times in an elaborate report borne out of 11-month-long investigation reveals how MTN has been running circles around Nigerian revenue authorities using a complex but noxious tax avoidance scheme called Transfer Pricing.

For any economy, it is a slow death.
The red flag was  raised the moment it was revealed that MTN Nigeria has been making payments to two overseas companies – MTN Dubai and MTN International in Mauritius – both located in tax havens.
It was discovered that in 2013 for example, MTN set aside N11.398 Billion from MTN Nigeria to pay to MTN Dubai. A similar transfer of N11.789 Billion was made by MTN Ghana to the same MTN Dubai, making it a total of N23.187 Billion that was shipped to the Dubai offshore account.
In a rare disclosure in 2013, MTN admitted it made unauthorized payments of N37.6 Billion to MTN Dubai between 2010 and 2013. The transfers were then “on-paid” to Mauritius, a shell company with zero number of staff and which physical presence in the capital Port Louis is nothing more than a post office letter box. The disclosure amounted to a confession given that MTN made the dodgy transfers without seeking approval from the National Office for Technology Acquisition and Promotion (NOTAP), the body mandated to oversight such transfers.
On the basis of an earlier management fees agreement that was technically quashed by NOTAP and on the basis of MTN’s reported revenues, it is estimated that N90.2 Billion could have been transferred out of Nigeria in management fees alone since the company was founded in 2002. Read full on PT