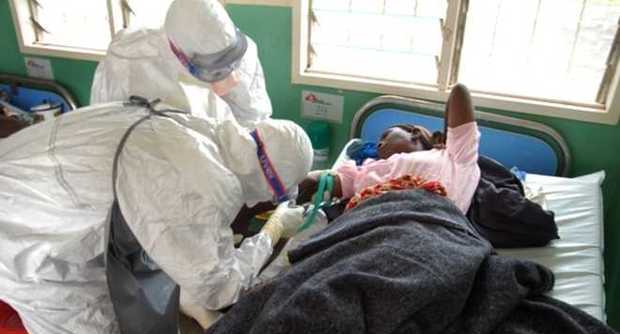 The secondary contacts had been under surveillance since the outbreak of the disease in Nigeria, Mr. Chukwu added. At a press conference in Lagos Wednesday, Jide Idris, the state’s Health Commissioner, told journalists that five new suspected Ebola virus cases were brought to the isolation ward of the Yaba Mainland Hospital in Lagos on Tuesday.

Mr. Idris added that two of those five cases were from secondary contacts linked to the Liberian-American, Patrick Sawyer, who brought the virus to Nigeria. “Till date, we have recorded eight suspected cases, five of which came in yesterday (Tuesday), 12 confirmed,” said Mr. Idris. “On the whole, five have died (including the index case).

We are currently following up 213 contacts, and 62 have completed the two-day follow-up.” But barely two hours after the press conference ended, Health Minister, Mr. Chukwu, issued a terse statement telling the public to “disregard” Mr. Idris’ figures. “The Honourable Minister of Health, Onyebuchi Chukwu, wishes to reiterate that at present, Nigeria has only two confirmed cases of Ebola Virus Disease,”

Mr. Chukwu said in a statement by Dan Nwomeh, his Special Assistant on Media and Communication. It is not clear whether the two new cases are part of those Commissioner Idris announced. Nigeria was free of Ebola until July 20 when Mr. Sawyer arrived. He became terribly ill on his flight and was rushed to the First Consultant Hospital Obalende, Lagos, where he died on July 24.

Nigeria’s Health Minister, Onyebuchi Chukwu, said last week that although the Liberian government has apologized for the incidence, it was pertinent to note that Nigeria was free of Ebola Virus until its importation by the Liberian-American.

Mr. Sawyer’s action, he said, has placed unnecessary stress on Nigeria’s health system. Read full statement by the minister below: STATUS UPDATE ON EBOLA VIRUS DISEASE IN NIGERIA Nigeria has now recorded the first two (2) cases of Ebola Virus Disease in secondary contacts of the index case, the Liberian-American.

The two patients are spouses of primary contacts of the Liberian-American. They are among the secondary contacts who have been under surveillance. This now brings to four (4) the total number of Ebola Virus Disease patients currently under treatment at the isolation ward. This also means that the total number of cases of Ebola Virus Disease so far reported in the country is fourteen (14).

The number of deaths still remains five (5), while the number of those successfully managed and discharged also stands at five (5). The Federal Government, working with the Lagos State Government and other partners, will continue to maintain vigilance, continue to strengthen our containment activities, and wishes to reassure the Nigerian public and the global community that efforts will not relent until the very last case of the Ebola Virus Disease is seen in Nigeria.