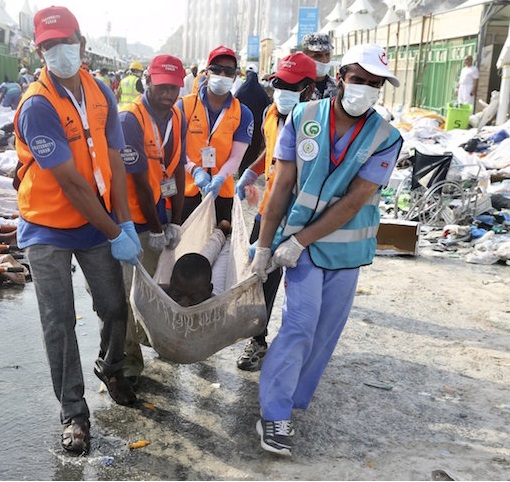 A Nigerian pilgrim who was still alive said he was transported as among the dead by Saudi authorities till he woke up.

The man who had been suffocated in the stampede was hurriedly certified dead among others till he came to.

The distressing report brings to question the procedures of the Saudi hajj personnel in protecting the lives of the pilgrims before and after the accident and raises questions on how many were perhaps similar or who could have been saved if they got proper attention.

Nigeria and Iran have asked to be involved in a full investigation of the events leading up to and after the stampede that claimed 769 lives.

Iran’s supreme leader Ayatollah Ali Khamenei has demanded a formal apology from the Saudi Arabia government. The nation lost over 140 of its citizens.

Nigeria lost as many as 30 citizens including 2 justices and a Katsina state assembly representative.