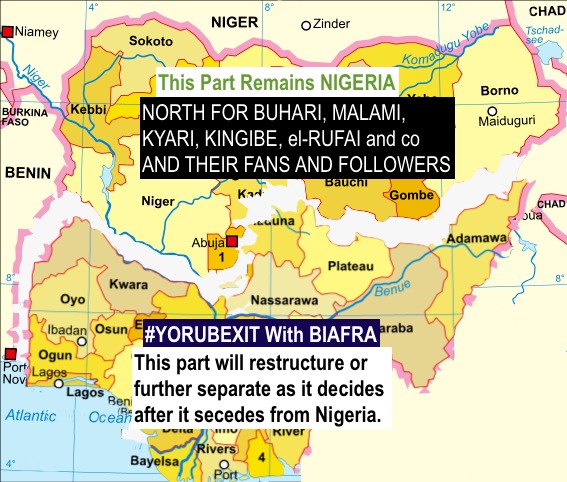 Ibadan- The newly elected Yoruba leader, Professor Banji Akintoye, on Tuesday urged Yorubas across the country to stand up for their rights and uphold what rightly belongs to them, noting that the country is declining due to the way its been governed over the years.

He maintained that  his mission as a leader of the race is to ensure that the Yoruba takes back its place of pride in  the comity of tribes in what he described as ‘declining nation’.

He made the assertions while leading the delegation of other noble Yoruba groups to Popoyemoja, Ibadan palace of the Olubadan of Ibadanland, Oba Saliu Adetunji to seek the royal blessings of the monarch on the new task entrust in him by Yorubas.

Akintoye who said he had turned down attempts to woos him to take the position by some concerned youths recounted that he could not help the situation later when the youths challenged him to put into practices all the plans and views he had written about over the years in the interest of the region.

IN A COUNTRY WITH A STANDING DIRECTIVES TO RECRUIT 80% NORTHERNERS IN ALL FEDERAL PARASTATALS – l dare them to dispute this-WHILE 90% REVENUE IS FROM THE SOUTH‼
Stand Up, Uphold Your Rights, Prof Akintoye Urges Yorubas https://t.co/x4zsi1mweL via @Independent Newspapers Nigeria

He said, although he was a founding member of the defunct Unity Party of Nigeria (UPN) and had even written the party manifesto back in the years, Prof Akintoye reiterated that he was long done with politics and would never be swayed to renege on his words.AdvertisementAdvertisement

Rather, he said his vision is to relate and work with all Yorubas across party and political divides in order to restore the region to its enviable height in the interest of the youths and the future of the race.

According to him, “My agenda for the Yoruba race is simple, we are a strong nation and we have accumulated a great deal of strength in human power and in a whole lot of other things. It is not right that we should be declining with Nigeria.