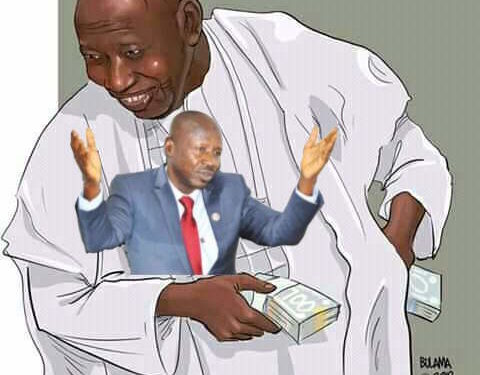 In this vde this brilliant youth put the EFCC boss Magu on the spot for not investigating Kano governor Ganduje caught on tape pocketing bundles of dollars.

In the video the youth called out the EFCC chairman for having investigated Fayose, former governor of Ekiti state while in office. Also blasting the EFCC chairman that the Supreme court ruled that a sitting governor can be arrested.

So Magu has still not received findings of the UK forensic investigation on Ganduje dollar tapes? See who dey fight corruption pic.twitter.com/cSE7ltq6E6