Global military spending reached almost $1.7 trillion in 2015, marking a year-on-year increase for the first time since 2011, according to the Stockholm International Peace Research Institute, which tracks arms expenditure around the world.

The United States remained far and away the top spender, which despite a dip from 2014, accounted for more than a third of total global spending. It was followed by China and then, perhaps surprisingly, Saudi Arabia, which supplanted Russia in third place. (The figure for China in the chart below is based on a SIPRI estimate.) Read full on WP 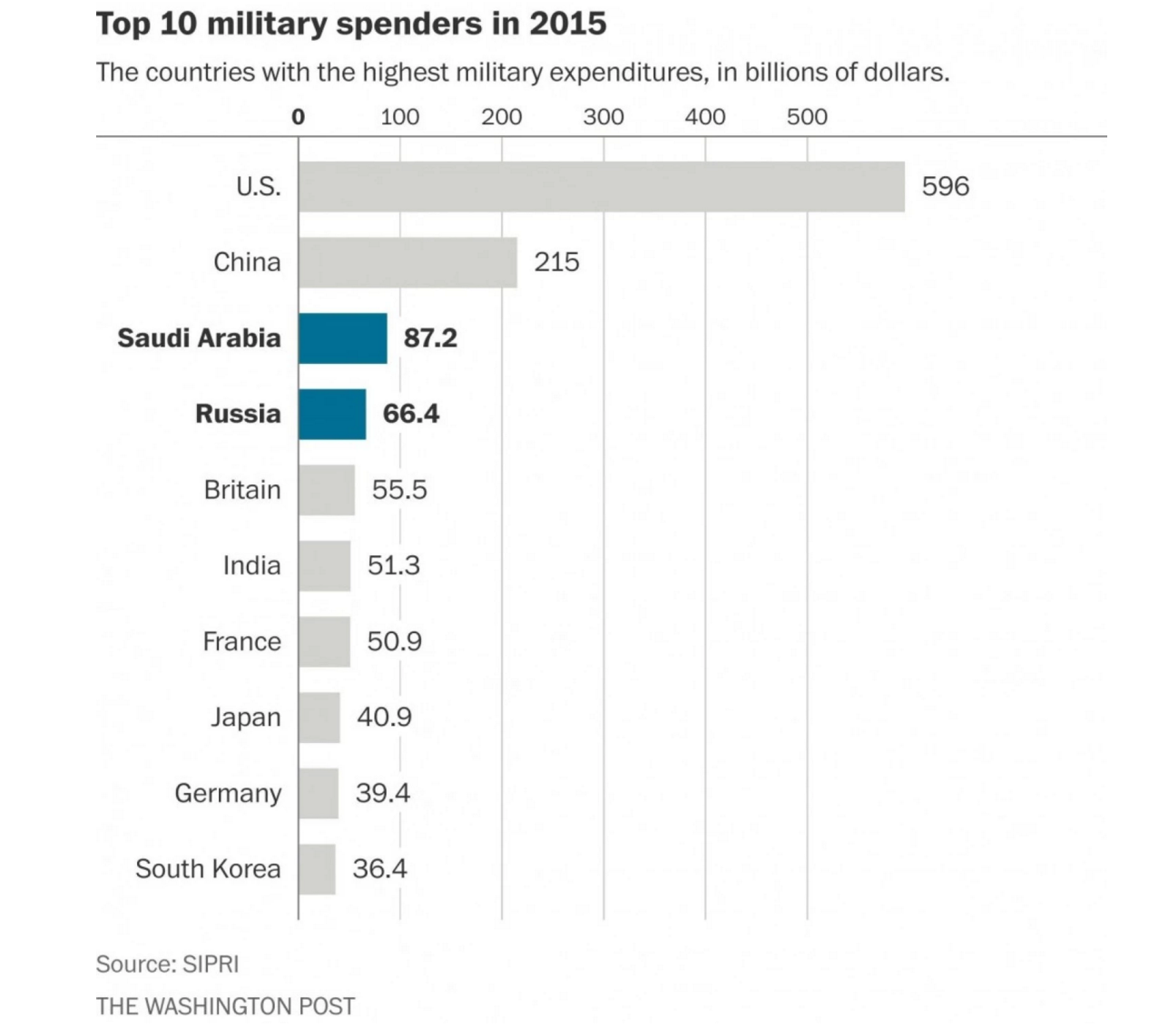