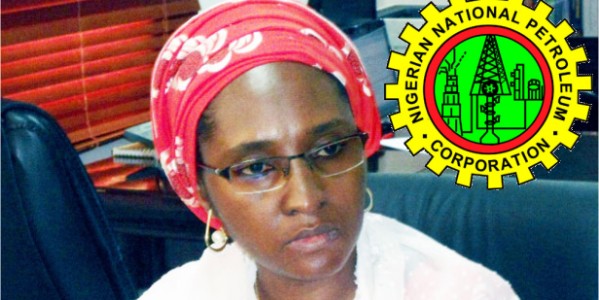 Executive Secretary of NEITI, Mrs. Zainab Ahmed, disclosed this at the ongoing House of Representatives investigation into allegations of connivance of NNPC with Swiss oil dealers to rob the country of billions of dollars.

She said the local refineries were unable to utilise 445,000 barrels of crude per day, explaining that this forces NNPC to engage in alternative transactions by importing.

According to her, the alternative transactions amounted to $22.8 billion that was not disclosed in the corporation’s audited financial statements.

“NEITI observed that these transactions which sum up to $22.8 billion are off balance sheet items (not disclosed in NNPC’s audited financial statements). The implication is that there may be significant contingent liabilities to the Federation that is not being disclosed,” she disclosed.

She suggested that the country’s refineries should instead be privatised, saying the refineries are operating far below their name plate capacities.

Ahmed noted that the 445,000 barrels per day allocation to the refineries should be reviewed to their actual refining capacity, explaining that “As the refineries got older, their performance deteriorated due to the poor maintenance culture in place.”

She said because of the inability of the NNPC to utilise its domestic crude allocations, it usually exported it. According to her, NNPC had agreements with Societe Ivoirenne De Raffinage ( SIR) and Nigermed for processing some quantities of the crude oil offshore adding that there was no cost efficiency in the transactions with the offshore processing Organisations of SIR and Nigermed.

Also testifying before the committee, the Managing Director of PPMC, Haruna Momoh, in his presentation also corroborated NEITI that the 445,000 barrels of crude oil that are allocated to it on a daily basis are not fully utilised by the local refineries.

He explained that the NNPC had to enter into agreements to satisfy domestic demands for refined products. “(The) epileptic nature of the country’s refineries (is) due to the following: frequent pipeline vandalism, which disrupts the supply of crude oil to the refineries and evacuation of finished products. There is also the problem of security challenges (in the country).

“The 445,000 barrels allocated to PPMC per day is not fully utilised by the local refineries. NNPC had to enter into agreements to exchange the unutilised crude oil volumes for refined products to satisfy domestic consumption through offshore processing agreement (OPA)and SWAP arrangements,” Momoh added.

Momoh said NNPC imported petroleum products on the basis of open account through tender process from reliable oil trading companies prior to the introduction of OPA and SWAP.

He explained the genesis of fuel scarcity, especially in 2009/2010 with the attendant negative consequences to the economy.

“PPMC started witnessing default from oil traders during the open account, especially around winter months when Nigerian specs of gasoline is expensive and high freight cost. The open account also exposed PPMC to certain vulnerable market conditions, where suppliers request PPMC the payment of premium as high as $116 per metric ton for two ports discharge and $122 per metric ton for Calabar deliveries,” he said,

According to him, following the OPA entered into with Messrs S.I.R. on September 1, 2010, PPMC allocates 60,000 barrels of crude oil per day to S.I.R. for processing at their refinery located in Ivory Coast.