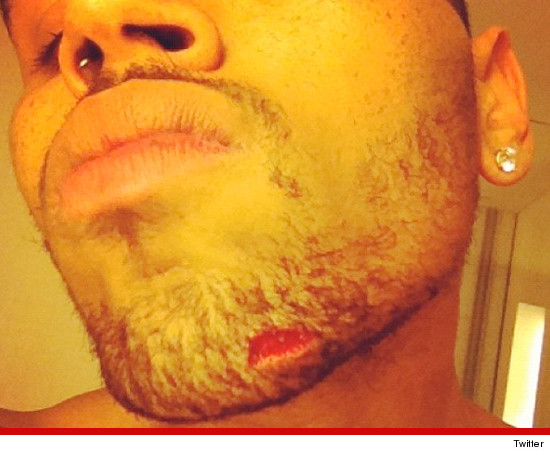 10:55 AM PT — Drake’s rep just issued a statement about the incident, insisting Drizzy wasn’t involved in the brawl at all … the beef was between CB and another rapper named Meek Mill.

10:15 AM PT –A witness who was inside the club tells TMZ … Chris Brown did NOT send any bottles over to Drake’s table, despite several reports to the contrary.

We’re told both Brown and Drake had been hanging out in the VIP section … when Drake began pointing and yelling at Brown.

Brown began yelling back … and that’s when members of both entourages rushed in and began shoving each other.

With tensions running high, someone threw a bottle — which set the whole thing off … and the shoving turned to punches.

We’re told club security rushed in to break up the fight … and called police for backup. Brown and Drake left the scene by the time cops showed up … but several members of their entourages remained at the club.  Multiple members of both crews required medical assistance.

We’re told the club suffered some serious damage in the fight — including busted up tables, broken mirrors, shattered lighting and glass scratches all over the floors.

Chris Brownsustained a nasty gash on his chin — apparently a wound from a bottle attack — after his entourage allegedly clashed with Drake‘s crew in a NYC nightclub brawl.

TMZ has confirmed with the NYPD that the two singers’ crews got into a fight at WIP nightclub — 5 people were injured in the melee.

NYPD arrived on the scene after receiving a call between 4 and 5am. Chris and Drake were not present when cops arrived. 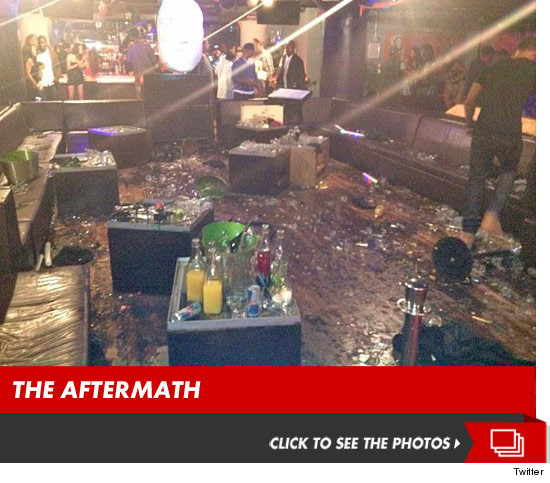 We’re told there were no critical injuries … just bumps, bruises and lacerations. No arrests were made.

After the fight, Brown tweeted a photo of his injury … along with the message, “How u party wit rich n**** that hate? Lol… Throwing bottles like girls? #shameonya!.”

The photo and the message have since been removed from Brown’s Twitter page.

There are reports the two started throwing blows (and bottles!) over Chris’ ex girlfriend, Rihanna, who Drake is rumored to have hooked up with.

A few hours before the brawl, TMZ shot footage of Drake leaving the London hotel … surrounded by some diesel-sized hired muscle. No word if they were involved in the bar fight, but wow …  that would be scary. 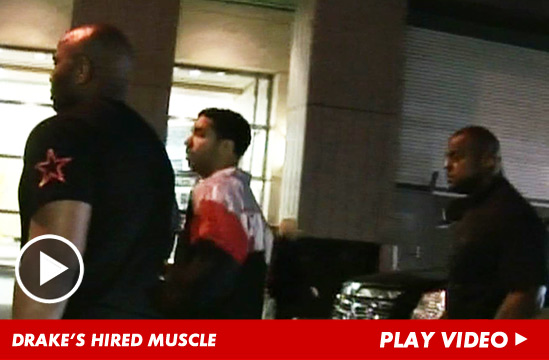 A picture of Chris Brown’s Transformers-themed SUV taken after the fight has surfaced — with what appears to be blood splattered on the back. 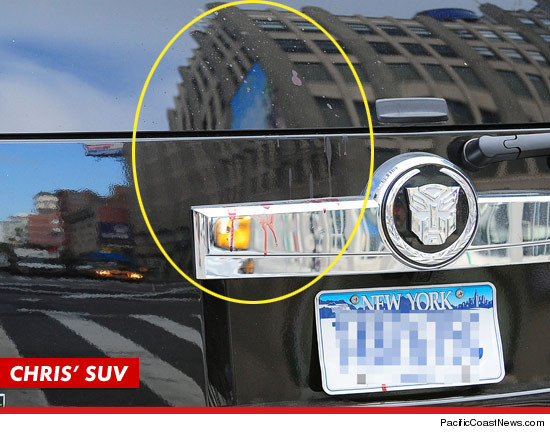