Sheikh Hamza Muhammad Lawal, the leader of another Shia organization in Nigeria “The Thaqalayn Cultural Foundation” made a brilliant presentation today (25/04/2016) to the Judicial Commission of Inquiry (JCI) on the #ZariaMassacre

He said he was sadden by the pile of rubbish that Wahhabis have been bombarding the JCI with. He said Wahhabis had excommunicated all Muslims from Islam including Sufis, Shias and non-Wahhabi Sunnis. He said this excommunication is in line with the deviant teachings of Ibn Taymiyya and Ibn AbdulWahhab who asked their followers to kill all those Muslims who do not subscribe to their deviations.

Sheikh Hamza Lawal further said that Aminu Gusau and Abubakar Mujahid of the JTI are Wahhabis who killed the Igbo man “Gideon Akaluka” in Kano in 1995. They were arrested and sent to jail where they broke the jail and escaped. He said these are the sort of people giving evidence against the IMN.

He said Wahhabis even excommunicated the parent of Prophet Muhammad (sa), adding that the Wahhabis of Syria desecrated the resting place of the companion of the Prophet (sa), Hujr (ra), because he was a companion of Imam Ali (as). 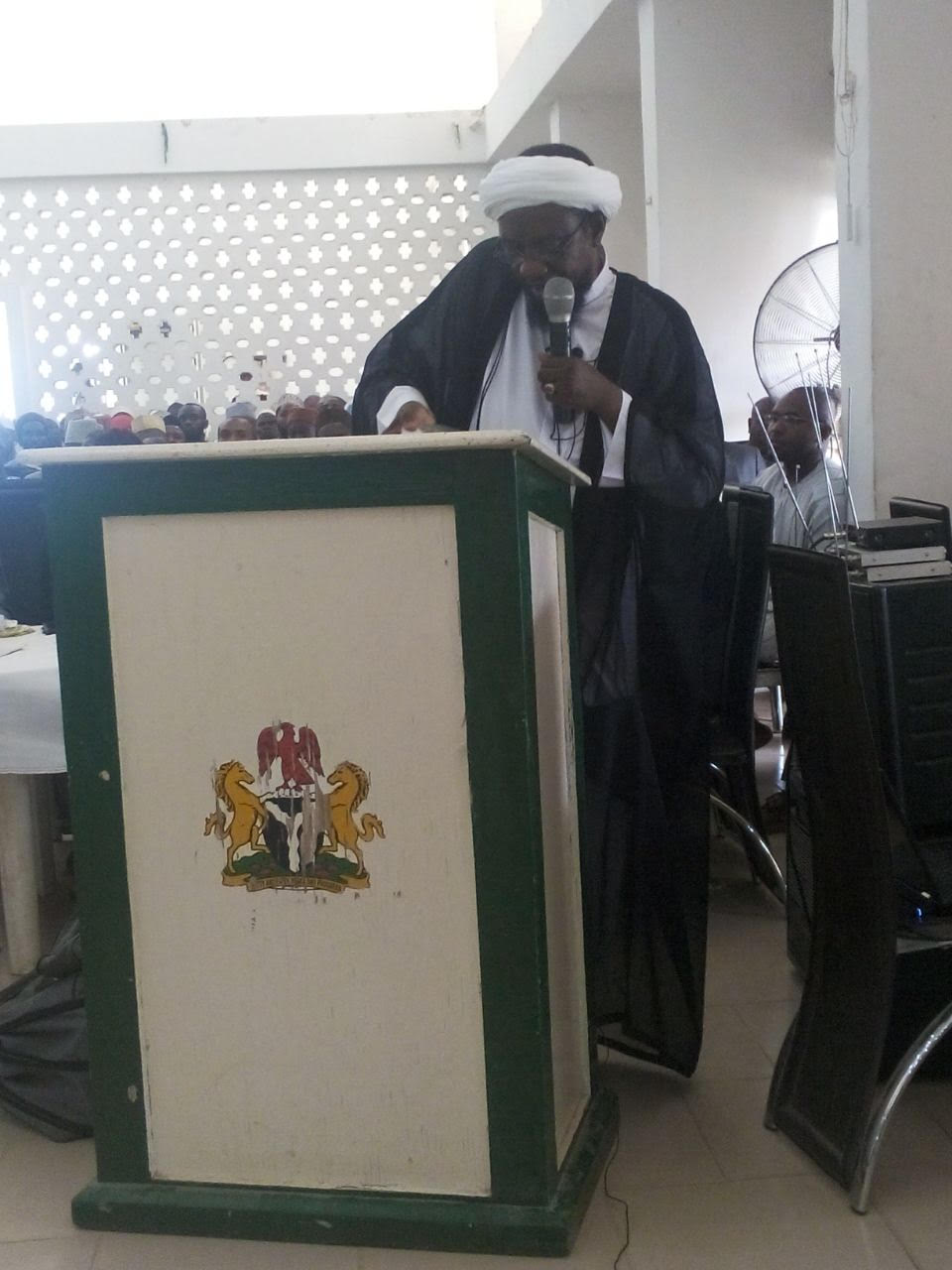 He also said that sometime past, some passengers blocked a Turkish Airlines protesting because it did not come with their luggages and nobody was killed. And that some months back the convoy of the Nigerian Army Chief was blocked in Abuja but nobody was killed. Sheikh Hamza condemned the claims of the Nigerian army spokesman that IMN want to “assassinate” the Army Chief. He said the Army spokesman has changed his narration 5 times since the ZariaMassacre.

Sheikh Hamza said that the saddest thing of all was the huge loss of innocent lives that included 6 sons of Sheikh Zakzaky. He said Nigeria is an independent, free and democratic nation that should not import laws from Saudi Arabia or Jordan.

Sheikh Hamza declared that he has spent more than 35 years in Islamic activism and he has realize that an ideology can never be eliminated with brute force. He said that was why Nigeria has failed to defeat the Boko Haram insurgency.

Sheikh Hamza said he knows Sheikh Zakzaky more than most people and he will confidently declare that Sheikh Zakzaky is a strong advocate of peace. He said the Nigerian constitution have boundaries that allowed a Wahhabi to support the Saudi regime, the Sufi to support Morocco and a Shia to support Iran, Iraq and Lebanon.

The Lawyer representing the JCI asked Sheikh Hamza whether he support the banning of IMN, he answered that he is not in support of that and that the Nigerian regime should immediately release Sheikh Zakzaky and pay compansation for all the damages done since Shia Muslims are also citizens of Nigeria.