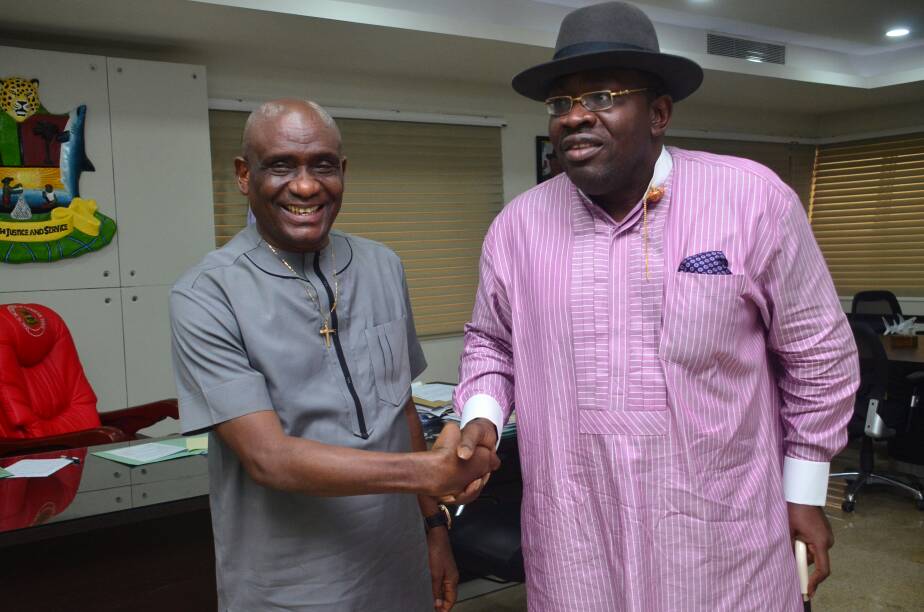 Timipre Sylva’s kinsman and former chieftain of the All Progressive Congress (APC) Hon. Nathaniel Sylva, paid a courtesy visit to the Governor of Bayelsa State, Hon. Henry Seriake Dickson in his office at the Government House, Yenagoa.
. Sylva, who is a cousin to former Governor Timipre Sylva, is also a former Chairman of Brass Local Government under the Sylva administration.

In a chat with Government House Press Corps after the visit, Hon. Sylva commended Governor Dickson for the giant development strides the Dickson-led-Restoration Government has recorded in the state.

Meanwhile, reports have it that Hon. Sylva has already dumped the APC ship, and though no official statement has been made in reference to his next destination, there are very strong pointers to the fact he might possibly consider a return to the Peoples Democratic Party (PDP).