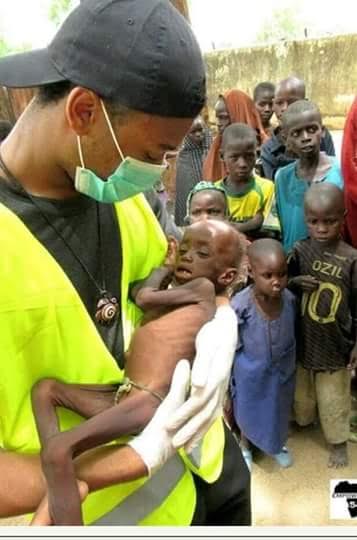 There has been panic among Borno officials ahead of a meeting with President Muhammadu Buhari on Monday.

Mr. Buhari is said to be angry at reports that persons displaced by the Boko Haram, who are currently seeking refuge at government owned camps, have been dying of malnutrition. This is despite the billions of naira and materials provided by the federal government, state governments, non-governmental organisations and private individuals to assist the displaced persons.

The president is expected to seek explanations especially following the recent statement and photographs released by Doctors Without Borders (MSF) showing malnourished persons in the camps. 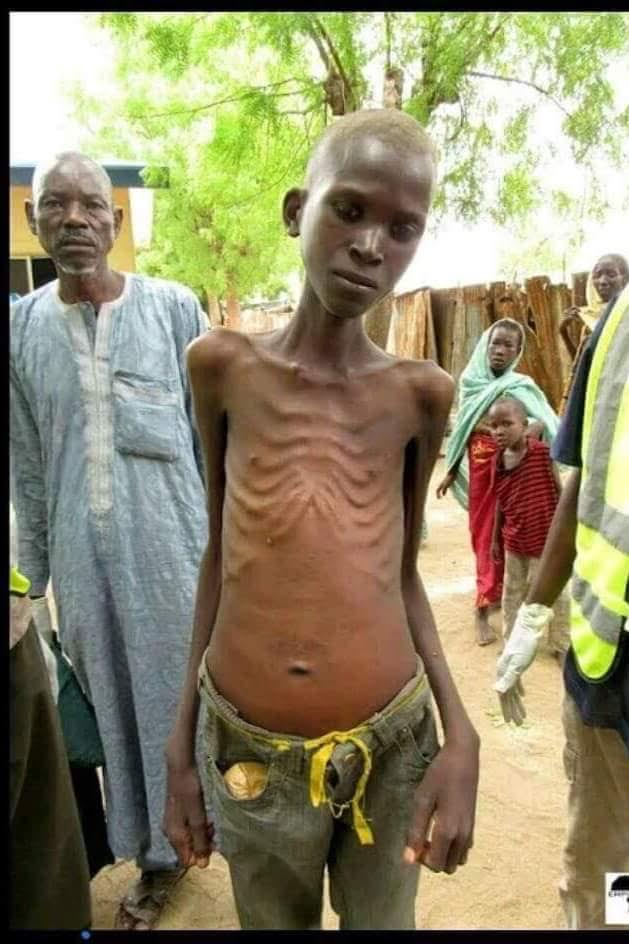 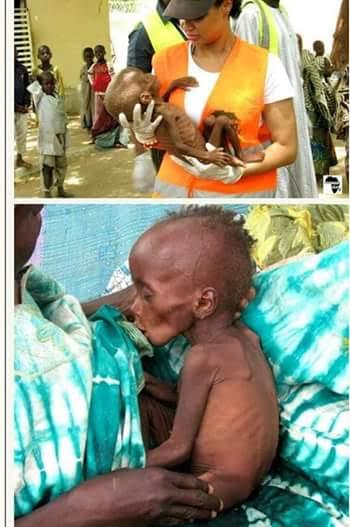 Last week, the MSF issued a statement saying some 24,000 IDPs are in dire health situation with at least 30 people – mostly children – dying every day.

Two weeks ago, the Borno State governor, Kashim Shettima, paid a visit to Bama camp upon receiving reports that hundreds of malnourished persons recently rescued from Boko Haram captivity were dying in a camp in Bama, 75km from Maiduguri, the state capital.

Governor Shettima ordered the relocation of 61 children with acute condition of malnutrition to the intensive care unit of the Umaru Shehu Ultramodern Hospital in Maiduguri where they are currently being attended to.

Another set of over 400 persons with lesser cases of malnourishment were also moved out of the camp to a special care unit for proper feeding and medication.

But before the Governor’s visit to Bama, dozens of the IDPs had died of hunger-induced ailments, an official said.

An official at the camp told journalists that “We have been recording daily cases of mortality here in the camp since the soldiers brought in these set of IDPs who had been under the Boko Haram insurgents’ captivity for over two years.”

A Borno official that visited the camp recently informed PREMIUM TIMES in Maiduguri that “the local camp officials in Bama could not notice the case of malnutrition in the IDPs hence they continued to feed them with the normal staple foods consumed by the camp inmates.”

A philanthropist, Modupe Ozoluwa, also visited the camp together with Mr. Shettima the next day. She later released some pictures showing her carrying one of the malnourished children in Bama.

The MSF officials visited the special care centre to treat the sick IDPs. They later issued a damning statement backed by disturbing images of malnutrition and deaths in the camps.

“This is the first time MSF has been able to access Bama, but we already know the needs of the people there are beyond critical,” Ghada Hatim, MSF’ head of mission in Nigeria, said.

“We are treating malnourished children in medical facilities in Maiduguri and see the trauma on the faces of our patients who have witnessed and survived many horrors.

“Bama is largely closed off. We have been told that people including children there half starved to death. According to the accounts given to MSF by displaced people in Bama new graves are appearing on a daily basis. We were told more than 30 people are dying a day due to hunger and illness”.

The MSF statement reportedly provoked the presidency who then summoned the Borno officials to Abuja.

Some agitated Borno emergency officials, unaware of the president’s plan, blamed the MSF for causing the state such embarrassment by insinuating that the Bama camp could not be accessed.

Although the state government is yet to react to the MSF’s statement, an aide of Governor Shettima, who did not want to be quoted because he has not been granted leave to speak on the matter, accused the respected international organisation of insincerity.

“The MSF had never visited the camps, even though other aid workers have been going to the camp frequently,” he said.

“It was because the Governor visited Bama and brought the sick and malnourished IDPs to Maiduguri after the soldiers of the Nigeria Army rescued them that even the MSF were able to go there to administer medication on them.

“But instead of acknowledging our effort they were busy issuing statements claiming credit for what they did not do”.

The official provided an unofficial version of the reason for the malnourished and dying IDPs.

“The Governor had visited the camp twice and the Deputy Governor too had also visited the camp couple of times and all these while life in the camp was normal,,” he said, “until soldiers rescued these group of malnourished persons early this month and moved them into the Bama camp.”

“It was not as if the malnourishment was as a result of the situation in the camp but because of the torture and hunger the Boko Haram insurgents subjected them to over two years,” the official said