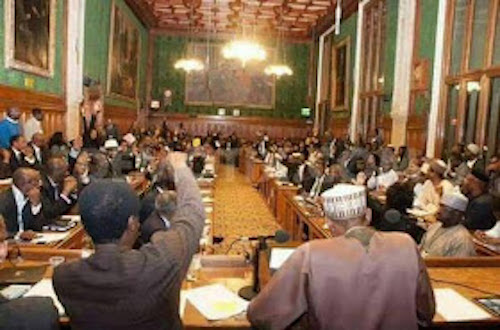 I have long maintained that because the current Buhari administration is far and away the most unprepared government in Nigeria’s entire history, it has chosen to deploy easily refutable lies, duplicity, and deceit as its core governance strategies. Nevertheless, although I’ve come to terms with the reality that lies are the lifeblood of the administration in the face of its dreadful ineptitude, I can’t help being unnerved by its frighteningly growing mountain of lies and contradictions.

Let’s start with the latest one. On May 9, 2018, Femi Adesina issued a press statement denying a February 2015 quote attributed to President Buhari where he, among other things, said, “What is the difference between me and those who elected us to represent them? Absolutely nothing! Why should Nigerian president not fly with other Nigerian public? Why do I need to embark on a foreign trip as a president with a huge crowd with public funds? Why do I need to go for foreign medical trip if we cannot make our hospital functional?”

The Osun Defender also reported on the speech on February 22, 2015, and I referenced it in several of my columns since 2016. See, for instance, my September 17, 206 column titled, “‘ChangeBeginsWithMe’ Campaign as a Bait-and-Switch Scam,” which the presidency reacted to because I quoted a June 9, 2016 Vanguard report that estimated the cost of the president’s trip to London to treat an ear infection at 6 million pounds. Why didn’t the presidency deny the quote then? Of course, it’s because it’s authentic. It isn’t some recent fabrication.

But the really cruel irony in President Buhari’s yet another expensive medical trip to London is that it is eerily conterminous with the time health workers in all federal hospitals across the nation are on strike, and poor patients who can’t afford private hospitals are writhing in unspeakable agony. Several have already died and many more will die.

Yet Buhari is getting top-notch medical care at the expense of the Nigerian taxpayer—like his son did in Germany when he had a bike accident. In three years, he hasn’t been able to build a single world-class hospital even for his own selfish interest. As the New York Times of May 8, 2018 said, “This year Nigeria spent 3.9 percent of its budget on health care, a fraction of the 15 percent target set by the United Nations.”

So when Buhari said, “change begins with me,” he actually meant “you”—yes, you poor, cheated, deprived, underprivileged person—not him. He is exempt from “change.” Let that marinade for a while. When I pointed this out more than two years ago, I was attacked and smeared by the president’s defenders.

In a strange way, I pity Adesina and other media aides. They are taking their cues from their principal. In the last few weeks, Buhari has made several mutually contradictory statements on security. I’ll only highlight a few because of the constraints of space.

“As a President, I HAVE SOURCES OF GETTING INTELLIGENCE ON HAPPENINGS ACROSS THE COUNTRY and so I should not be expected to always go out to the field to make noise and insult the sensibility of Nigerians before it would be known that I am taking actions against the killings. THERE WERE MORE KILLINGS IN MAMBILLA THAN BENUE AND ZAMFARA STATES”—Buhari, March 5, 2018 in Jalingo, Taraba State.

“Therefore, it is wrong to say the conflict is between Fulani and Tiv or other tribes, like in Taraba. WHAT OF ZAMFARA, WHERE MORE PEOPLE WERE KILLED THAN IN TARABA AND BENUE PUT TOGETHER?” Buhari, May 1, 2018 in an interview with the VOA in Washington, DC.

“I READ IN NEWSPAPERS THAT BOKO HARAM ARE STILL HOLDING TERRITORY. Well, they may still be somewhere in Sambisa Forest but the Nigerian Army has prevented them from coming out”— Buhari, May 1, 2018 in an interview with the VOA in Washington, DC.

“I ask you in the name of God to ACCOMMODATE YOUR COUNTRYMEN”—Buhari,January 15, 2018 to Benue leaders in Abuja who went to seek his help against murderous cattle herders.

“These gunmen WERE TRAINED AND ARMED BY MUAMMAR GADDAFI OF LYBYA. When he was killed, the gunmen escaped with their arms. We encountered some of them fighting with Boko Haram”—Buhari, April 12, 2018 during a chat with the Archbishop of Canterbury, Justin Welby, in London.

Here are the lies and contradictions: (1). Buhari’s claim to “have sources of getting intelligence on happenings across the country” is contradicted by his admission that he only learned that “Boko Haram are still holding territory” from “some newspapers.” (It’s actually Reuters, the British news agency, that reported it). How could he not know this as the chief security officer of the country?

(2). His claim on March 5 that “There were more killings in Mambilla [Taraba State] than Benue and Zamfara states” is contradicted by his May 1 retort: “What of Zamfara, where more people were killed than in Taraba and Benue put together?”

In March, there were more killings in Taraba than Zamfara and Benue combined, according to Buhari who has sources of getting intelligence that the rest of us don’t, but two short months later, there were more killings in Zamfara than Benue and Taraba combined? Apart from the absurdity of hierarchizing killings while doing virtually nothing about it, what’s the point of these lies?

(3). The murderous herders can’t simultaneously be our “countrymen” who should be “accommodated” and be foreign mercenaries trained by Gaddafi.

You see, if you tell the truth, you don’t have to remember it because it’s constant. If you’re asked to repeat it several times after the fact, there will be no contradictions. But lies are never consistent because they sprout from the resources of a duplicitous imagination. That’s why an English proverb says liars must have good memories. Fortunately, they never do, and that’s why we catch them easily.