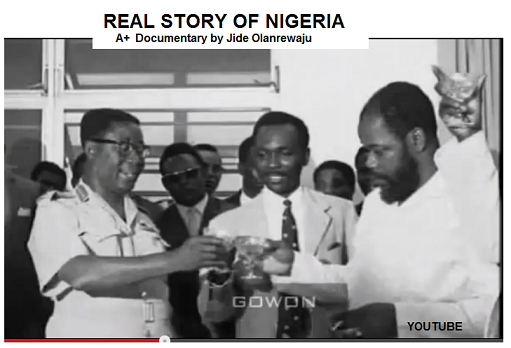 NewsRescue– The nation Nigeria as we all know, is one of the best in Africa, and arguably, in the world in terms of resources but with little to show for it. We have had several cases of mal-administration, corruption, crime, and even criticism at its height, but surprisingly, the situation of things remains the same.

THE NATION AND ITS RULER
Many have complained, both in public and private, about the dearth or failure of leadership in Africa, and appositively, Nigeria, forgetting that we are all leaders in our own right. We are so quick to point accusing fingers at Mr president and the respective political leaders, without noting the fact that we are collectively and individually responsible to this country, our people, and the future yet born. I trust, many have wetted their paper wit ink to lacerate and lampoon the leaders as its nature without recourse to examining their own contribution and quota to the nations development.

WHO IS FREE OF ALL THESE MESH?
King Odewale in “The Gods Are not to be blame”, gave an ex cathedera speech which is worthy of consideration here. He asked, “if the rain falls, does it fall on only one side?”. He went on to ask the people, if they thought he does not have his own problems to deal with, and more importantly, he asked them, if they had opted for any panacea to solve their problems. Similarly, the so-called leaders though are saddled with the responsibility of developing the country, but it may interest you to know that, ‘they have their own problems to deal with’. Mind you, they cannot do it alone without your support.

WHAT QUOTA HAVE YOU CONTRIBUTED?
Since the inception of this nation, we have had those whose talent has been to criticize the government of the day (it is good at times), without they themselves contributing their own quota to the nation’s development. I regret to state this, but we must accept the fact that criticism is not needed now; just like the President Jonathan said, ‘ALL HANDS MUST BE ON DESK’. Also, he said, ‘ALL POLITICAL HEADS MUST DELIVER’, but i add more, ‘all individuals must deliver’.
Since, you are in the best position to know what is not is not perfectly done, then it appeals to logic for one to conclude that, you are the best individual to fix it: ‘you spot it, so you can fix it’; since you are adept enough to spot the ineptitude of the office holders in all parastatals of government, I’ll dare to say, you should be adept enough to fix it.

Here, I must point out that, at this stage of our development, everyone must contribute their quota to the development of the nation, even if it means we’ll have 150 million people in government. If you believe our resources (minerals and talents) are channeled at wrong courses, then make every effort to put them to use in the way you feel will help the country; if you believe the youth are wasting away, then get them engaged; whichever form you perceive the problem, be the solution.
“you must not only speak alone but also act”

CONCLUSION
Before I drop my pen, let me say, “problems will forever be with us, so we must all be solution providers”. Stop trying to change any individual, be the change you want. It has been said that, to change the world, you have to start with the man or woman in the mirror.