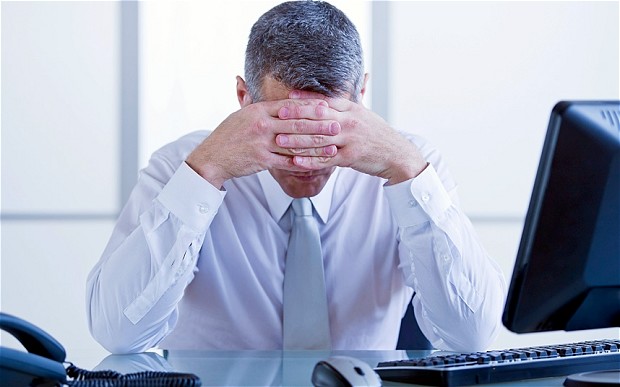 ‘Stress and depression,’ the disease of the era, is not limited to psychological harm. It also manifests itself physically through various effects in the body. The main disorders associated with stress and depression are various mental diseases, substance abuse and dependence, sleeplessness, skin, stomach and blood pressure diseases, migraines, various diseases associated with the bones, renal imbalance, respiratory disorders, allergies, heart attack and problems in the brain. Of course, these diseases may not necessarily be due to stress and depression. However, it has now been scientifically proved that the starting point for these is more often than not psychological in origin.

Stress is a condition of general tension caused by feelings such as fear, insecurity, hopelessness, overexcitement, anxiety and pressure by compromising various balances within the body. When people experience stress, their bodies react against it and sound the alarm. Chronic stress in particular may cause severe damage by permanently altering bodily functions. One example of this unwelcome impact of stress is sudden whitening of the hair. Our Almighty Lord describes this as follows in a verse from the Qur’an:

How will you safeguard yourselves, if you disbelieve, against a Day which will turn children gray? (Surat al-Muzammil, 17).

In this verse, our Almighty Lord draws our attention to the impact of stress on the hair by describing the effect of the fear and tension at the moment of the Last Day, which will even turn children’s hair white. This fact described by our Lord has been scientifically proved in our own day and age. Let us first see how our hair turns gray.

How Does Our Hair Turn Gray?

There are two types of the melanin pigment that color our hair. One is ‘eumelanin,’ which bestows a dark color, and the other is ‘pheomelanin,’ which determines the degree of blondeness or redness. As people age, the cells in the hair follicles become unable to manufacture these pigments and the hair therefore loses its color, and turns gray. Since some hairs remain their previous color while others turn white, particularly in people with dark hair, their hair appears in various tones of gray. Although science has not completely revealed the mechanisms by which hair turns white, it has shown that the hydrogen peroxide used by hairdressers is involved as the hair turns white naturally. The cells that produce melanin also produce hydrogen peroxide, which is normally broken down by an enzyme known as catalase. With increasing age, however, the levels of this enzyme decrease, and the accumulation of hydrogen peroxide obstructs the manufacture of melanin. The result is the natural and gradual whitening of the hair. So how does the physiological process that causes the hair to change color so quickly work?

Stress Has Been Scientifically Proved to Turn People Gray

People’s hair may sometimes turn gray as the result of sudden enormous fear or shock, or sometimes as the result of chronic stress. This sudden loss of hair color, known to medicine as ‘canities subita’ actually refers to the colored part of the hair falling out, while the hair that changes color and turns white remains in place. This is how that takes place.

The disease known as ‘alopecia areata’ results in hair loss and bald patches. A reaction that causes the body’s immune system to react causes this disease; the body starts fighting itself. Stress is a factor that exacerbates this state of affairs.

Scientists investigating this think that the cause of the immune system acting against the hair roots is associated with the pigment manufacturing system. White hair follicles unable to produce pigment are not affected by this attack by the immune system, while colored hairs fall out under the effect of the disease. White hairs remain, and the hair can thus turn white in a year – or even less.

The hair of people who experience sudden fear and shock, however, can sometimes turn white in just one or a few days. The reason for hair turning white in this way was revealed last year by a research team led by the Nobel prize winner for chemistry Robert Lefkowitz. Research on mice showed that chronic stress produces a mechanism that damages the DNA, and this leads to hair turning white. The worse the stress, the greater the damage to the DNA, and the faster one’s hair turns white.

Stress, which can cause numerous physical and mental disorders as well as turning the hair white, is in fact something that God reveals as something associated with people who live divorced from religion. In the verse, “But if anyone turns away from My reminder, his life will be a dark and narrow one…” (Surah Ta Ha, 124) our Lord reveals that those who refuse to submit to Him will lead difficult and troubled lives.

In another verse God says; “… so that when the earth became narrow for them, for all its great breadth, and their own selves became constricted for them and they realized that there was no refuge from God except in Him, He turned to them so that they might turn to Him. God is the Ever-Returning, the Most Merciful. (Surat at-Tawba, 118)

This troubled life, or stress as we call it today, is the result of those who deny faith, instead living lives divorced from the moral values that faith brings with it. Doctors today say that a peaceful and placid nature and a relaxed, secure and tension-free mindset are essential for protection against the effects of stress; a relaxed and tranquil mindset is only possible through making the moral values of the Qur’an part of one’s daily life, submitting to destiny and placing one’s faith in Almighty God. God reveals in several verses of the Qur’an that He will send down feelings of peace and tranquility on believers. (Surat al-Baqara, 248; Surat at-Tawba 26, 40; Surah Fath, 4, 18) Our Lord’s promise to believers is revealed as follows: “Anyone who acts rightly, male or female, being a believer, We will give them a good life and We will recompense them according to the best of what they did.” (Surat an-Nahl, 97)