NewsRescue- We are trying to keep our intelligent readers in focus, and our eyes on the ball. We can take the Jason Russell media war campaign as a blessing, as it provides an unprecedented opportunity to direct the worlds focus to the real crises in Central Africa, a crises that has claimed no less than forty million lives in the past 125 years, with up to 6 million in recent time.

Museveni 2012: Justice for the world’s brutal dictator of Uganda

The Jason Russell media war campaign has gathered as much controversy as it has garnered support. Popular media sites have described his ‘crowdsourced intervention’ as a covert youth campaign to promote US Military presence in Central Africa, a region blessed with the most abundant natural resource in the entire world. Uganda, the focus of ‘Invisible children,’ Russell’s organization, recently discovered oil and is expected to derive up to 2 billion dollars every year from it. Little surprise Obama’s administration in October last year decided to send 100 US troops to Uganda to seek out the same Joseph Kony and his infamous LRA (Lord’s Resistance Army). By the way, in case you did not know, the LRA has been silent for over 5 years and is almost dying a natural death already.

So why the sudden interest, concern and clamor at this time? It’s not so hard to fill in the blanks. Some say the ‘selection’ of a black president with resounding Muslim name, was no coincidence in these trying economic times when the Middle East and Africa are the last remaining fertile and yet moderately exploited lands on mother earth. No surprise in his first months in office, the new half black US president rushed to Africa, visiting Egypt and Ghana to give charismatic speeches in preparation for a new tolerated drive for access. And do not be fooled by the youth movement invoking this storm. Paramilitary and intelligence forces in the modern battle for national interests and nations resources appear in all shapes and sizes. The increased contest for the pillaging, continued and urgent pillaging of Africa between the east-China and west-US is at its ebb. The dragons are annexing considerable pieces of Africa for exploitation and the US with its staggering economy is not being shoved off the fat cow.

Prison planet recognized a desperate desire to insert and boost the US African command, AFRICOM in Central Africa, as likely ulterior, or ‘invisible’ motive of the Russell Invisible Children campaign. Social media tools are ever so necessary in new world order and war, and who can be better army generals in manipulating this new war terrain than our computer-age youth.

Joseph Kony is a bad guy, there is no question about that. But there are way worse things happening in the world and more especially in Central Africa than the LRA. Classified by many who care to notice as the ‘African Holocaust‘, the worlds richest and most naturally blessed nations, are living through the worst global neglect, exploitation and manipulation, with millions of deaths not at the nuzzle of Joseph Kony, but under the supervision and encouragement and complacence of the United States.

In the embedded video, US president Barrack Obama is heard admitting to these major issues. Dictator after dictator ruling and ruining the lives of the Congo, the worlds most naturally endowed state have been implanted and supported by the United States. And when the dictators caused too much embarrassment, the US promoted the 1996 invasion of the Congo by neighboring Rwanda and Uganda, two nations where it had established, secure economic relationships.

But the story does not start here. Many say that Africans should ‘get over’ the annexing of Africa in 1885-the Berlin Conference- commencing the colonial rape; colonization and slave deportations. Have the Jews gotten over the Holocaust? 7-13 million are alleged to have died in the Jewish Holocaust. How about asking the United States to get over 911? In those cases we hear: ‘we will never forget’. The figure that ‘King’ Leopold II of Belgium killed alone during his pillage of the Congo runs at over 25 million Central Africans, from1885-1908. 25 million! And to add insult to this injury, his statues still stand tall in the Capital of Belgium and in many colleges and public places. His ghost is said to haunt the Congolese. Now how is that for atrocities. This is akin to having a statue of…no, three statues of Hitler per statue of Leopold in and around Brussels. Belgium was built on the rubber of Congo.

But the destruction of central Africa did not stop there, many more years of colonialism followed till 1960, and then we get to a suspicious assassination and where the US inserts and supported the brutal dictator to rule over the Congolese people for 3 decades, and next, encouraged neighbor nations invasions and the implantation of another brutal dictator, and now, continues to deny the Congolese of ever getting on their feet, by continuing to enable their denial of justice, with the turning of a blind eye to the genocidal occurrences in this and surrounding nations. Libya must have been special. It took only harmless rants from Gaddafi, to get an entire UN-NATO-US invasion.

In a NewsRescue article {The Jewish Holocaust was precedented and superseded by Leopold’s 30M Holocaust of Africa’s Congo}, we criticized the Pope for either his ignorance, not knowing that the yet to be apologized for Holocaust of the Congo was 3 times at the very least, worse than the Jewish Holocaust by all accounts, or his dishonesty, knowing but claiming that the Nazi Holocaust was the worst thus far. We criticized Obama too for the same wicked dishonesty. Are Africans not people? The Jews got and continue to get reparations and even elevated privileged due to their Holocaust, how about Africa gets at least a commitment to stop pillaging the continent as a beginning point for repairing the damage done by colonization and slave deportation-in which over 300 million Africans were carted away to build European nations with up to half that figure dying on the way. Entire nations of the Caribbean were created from these stolen human resources to build economies that laid the foundations and unfair advantage that Europe has today. Jamaica, Haiti, Guyana, the Dominican republic, Grenada, to mention a few.

And how about dealing with the current dictator president of Uganda, Yoweri Museveni, the worlds 6th richest man worth an estimated $11 billion, also known as the worlds most corrupt leader, who has more deaths and torture allegations under his cap? We understand, it’s all about friends and enemies, never about truth and justice.

Congo’s gold extorts alone top a billion dollars a year, and that is only one out of so many more resources, including Cobalt, Copper, Diamonds and more that are continually exploited from these nations to fuel western industry, so why are the nations people yet some of the poorest in the world?

And how about dealing with the French continued destruction of the Central Africa and wider Africa at large? The French Government role in Rwanda’s 1994 Genocide:

New evidence documents the role of the French regime in the 1994 Rwanda genocide — and has, once again, put the spotlight on this tragic event and the role of foreign imperialists in it.

In early August 2008, the Rwandan government released a report based on eyewitness accounts that the direct cooperation between the French state and the government of Rwandan Hutus that was in power during the 1994 genocide. This report is consistent with the results of investigations performed by various other organizations, including human rights groups. According to the Rwandan government, 33 politicians and French army officers are implicated in the infamous genocide in Rwanda, either by giving orders or by their direct actions. The late president Francois Mitterrand, his son Jean Christophe, Prime Minister Edouard Balladur, Alain Juppe and his foreign minister at the time were among the indicated responsible parties.

No, guns kill less Africans than economic policies and agenda do. We will not let our eyes stray off the ball.

Kony 2012 is in the very least a waste of our time, but in every event, we must see opportunity: The time has come for the world to recognize and stand up against the exploitation of the worlds largest continent. The re-building of Africa deserves time to cleanse its peoples minds of the divide-and-conquer, and exploit tactics introduced by colonialism, and to do this, apologies must be made and exploitation must be stopped, to allow for a natural healing- post traumatic exploitation disorder healing- over the next 100 years. Joseph Kony is merely a victim among many others of Leopold’s training. 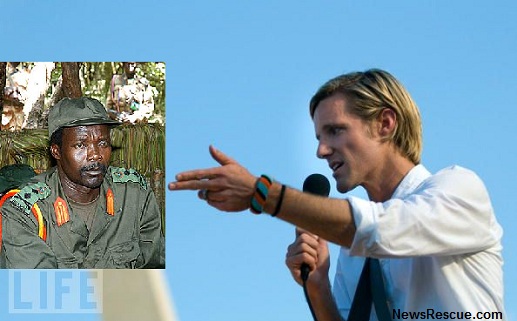