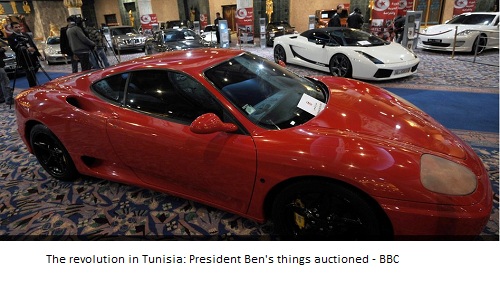 NewsRescue– The only true revolution appears to have occurred in Tunisia. The other revolutions were taken over and re-organized by the global hegemonists. According to the report below, president Ben Ali’s expensive assets and those of his family are now being auctioned.

Thousands of luxury items, including fantastic cars, jewelry, hand bags and other items owned by Ben Ali, his wife and family are now up for grabs.