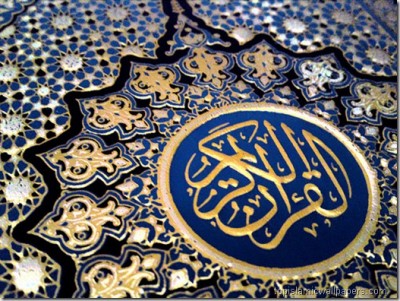 Thousands of fabricated, misreported and distorted hadiths, interpreted in the light of individuals’ own desires, are currently regarded as the most important source of Islam.

Islam has been divided into four separate schools; in essence, four separate religions, each conflicting with one another, have been established. Many of our Muslim brothers imagine that this is the truth of the faith, apply it unknowingly and think that many untrustworthy hadiths are actually true. This superstition, which represents the main cause of so much conflict today, is the product of mindsets that cannot agree with one another on the subject of the hadiths. Let us remind ourselves of an important fact that we have already seen, and that we shall frequently be repeating in this book; the only complaint that our Prophet (pbuh) makes to our Lord in the Qur’an is that the Qur’an has been set aside as an abandoned Book:

The Messenger says, “My Lord, my people treat this Qur’an as something to be ignored.” (Surat al-Furqan, 30)

Since the Qur’an is protected and immutable, the peddlers of superstition have never been able to use it as a basis for their superstition, have produced no evidence from the Qur’an for the version of Islam they have tried to make very difficult and have always tried to produce evidence from the hadiths in question instead. However, there is one path, one description and one mind in the Qur’an around which all Muslims can unite.

The Qur’an was revealed as a guide and a blessing for Muslims:

… This is not a narration which has been invented but confirmation of all that came before, a clarification of everything, and a guidance and a mercy for people who believe. (Surah Yusuf, 111)

God speaks in the Qur’an of the existence of people who regard the Qur’an as insufficient or null and void (surely God and the Qur’an are beyond that) and who follow false discourse instead:

Those are God’s signs We recite to you with truth. In what discourse, then, after God and His signs, will they believe? (Surat al-Jathiyya, 6)

God calls on people to reflect on the Qur’an, the unchanging commandments of God and the true Book of Islam, against these false sayings that are all riddles with contradictions:

Will they not ponder the Qur’an? If it had been from other than God, they would have found many inconsistencies in it. (Surat an-Nisa’, 82)

When the Qur’an is abandoned, when the Islam in the Qur’an is regarded as insufficient (surely the Qur’an is above that) and when people start looking for a new faith, confusion, disagreements and enmities always follow on one another’s heels. And this is the circumstances that we encounter in our day, because of the ignorance of the truth of religion as described in the Qur’an.