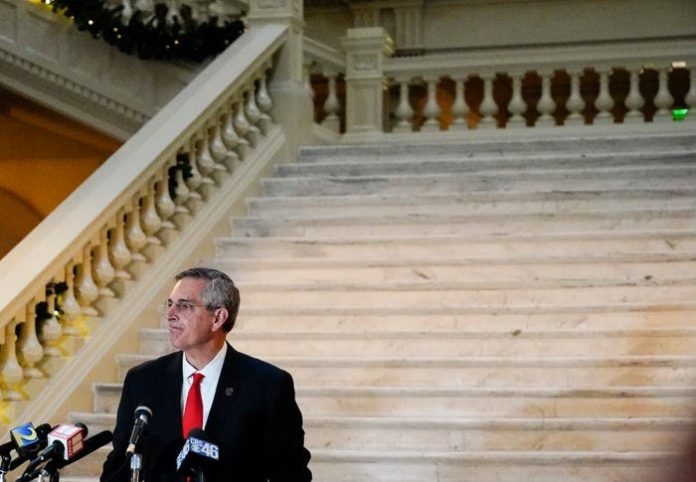 Surprisingly, Warnock has kept the story going after winning a close election and capturing his first full term in the United States Senate.

What did Raffensperger have to say?
The top Georgia official responded to Warnock’s and Biden’s “false accusations” in a piece published in the Wall Street Journal on Sunday.

“‘Just because [voters] withstood the rain and cold and all kinds of trickery in order to vote, doesn’t mean that voter suppression doesn’t exist,’ Mr. Warnock said during his victory address. I thought I’d heard every conspiracy theory after the 2020 election, but Republicans controlling the weather to make it difficult for Democrats to vote is a new one “Raffensperger penned.

Raffensperger claimed that Warnock saw electoral “fairness exclusively in Democratic victories,” referring to Warnock’s criticism of elections when Democrats lose but praise when they win.

“Warnock and Biden’s assertions of stolen elections would be amusing if they weren’t so destructive to public trust in elections,” Raffensperger added.

Democrats, according to Raffensperger, do not even trust their own rhetoric about Georgia’s voting regulations, because the Democratic Party recently moved Georgia’s primary election forward to maximize its power in the next presidential election cycle.

How did Warnock react?
The Georgia Democrat refuted Raffensperger’s assertions but did not address the substance of his complaint.

“We should not believe that since I won, voting suppression is not a problem in Georgia,” Warnock said on CBS News on Monday.

“Just because people have had to overcome barriers doesn’t mean those barriers don’t exist,” he continued. “We witnessed college students and elders standing in lines that were hours and hours and hours long. Maybe he’s content with it. I’m not. I believe we are capable of doing better.”