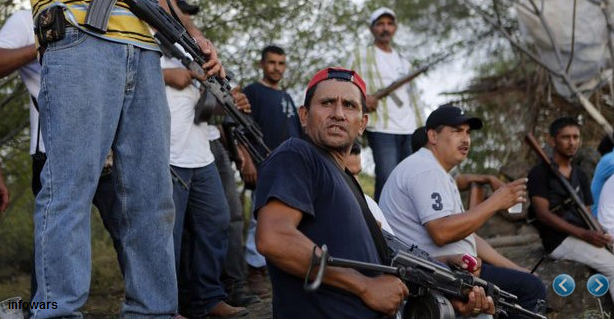 As United States president Donald Trump moves ahead with building the “great wall” between America and Mexico at its southern border, there is an important benefit of the wall that has little been considered: the Mexican point of view.

While the border wall is mostly reviewed for its function in preventing unwanted and risky, undocumented immigration into the United states; the wall will serve a perhaps more important and critical function: strangulating and extinguishing the Mexican drug billion dollar industry, saving lives and improving the quality of life in Mexico.

“Gangster Warlords” author Ioan Grillo in his recent video published in Business Insider “Narconomics: How Drug Cartels Make Billions,” revealed how notorious Mexican drug cartels make billions of dollars through the cross-border drug trade into the United States. We are talking about a billion-dollar industry used to fund deadly violence in Mexico and destroy the fabric of the US’ southern neighbor.

The United States is the largest market for Mexican drugs with authorities estimating as much as $19-29 billion dollars wired to Mexico every year from drug proceeds. Once drugs get to the US border they are sold at triple their cost in Mexico. The money remitted from these drugs sponsors Mexican drug gang violence and leaves a massive trail of death with over 15,000 gang-related homicides reported every year. Half are attributed to cartel-related violence according to Mexican reports.

Mexico should be as enthusiastic as the United States in curbing this dangerous and deadly drug trade across the border that leads to half the deaths in the eleventh most populous country and most populous Spanish-speaking nation in the world. By now the Mexican leadership should at least have agreed to pay half, $6-7.5 billion for the wall.