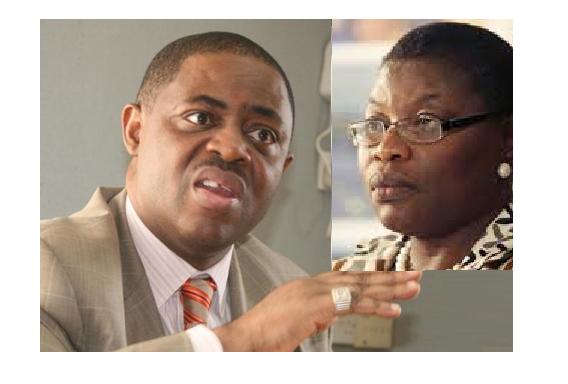 A former Minister of Education, Oby Ezekwesili, has called on the government to arrest her ex-colleague, Femi Fani-Kayode, over opinion articles targeted at the Igbo ethnic group published by the latter.

“If we had a functioning nation state with credible institutions they should by today take him in to restrain events,” Mrs Ezekwesili said.
She added, “The relevant agency of the FG must take in Femi Fani-Kayode and restrain him from making further hateful speeches against the Igbos.”

Mr. Fani-Kayode had written a controversial opinion piece entitled “The Bitter Truth About The Igbo” in what appears a reaction to the heated debate that followed Lagos’ repatriation of some destitute people believed to be of Anambra origin to Onitsha, a popular market town in the state.

In the “thoroughly candid and brutally frank” piece, Mr. Fani-Kayode touched on Nigeria’s turbulent history and what he considered the place of the Igbo in it all.

The article generated mixed reactions across the country, with some Igbo intellectuals publishing several counter articles lampooning the former minister.

The former minister followed up Tuesday with another piece which now appears to have triggered another round of controversy.

Mrs. Ezekwesili, also a former vice president at the World Bank, has now called on authorities to move against Mr. Fani-Kayode over the articles which she considers hateful and divisive.

Both Mr. Fani-kayode and Mrs. Ezekwesili served under the Olusegun Obasanjo administration as ministers.

The verbal altercation between the two prominent citizens began after Mrs. Ezekwesili tweeted Tuesday demanding that “appropriate agency of state must call in Fani-Kayode now and demand he stops forthwith any more hateful speeches that expressly target Igbos.”

“The current slippery slope of our country cannot be allowed to worsen with the kind of hateful speeches Fani-Kayode has been releasing,” she said.

“FG must stop this stoking of hate-flame for an ethnic group that had once been tragically massacred in an avoidable civil war. Do it NOW!”

Mr. Fani-Kayode quickly hit back via his twitter handle, saying he has freedom of speech to comment on national issues.

In a series of tweets, he argued that his article should be used to correct “the wrong things done by our past leaders” instead of criticising him.

“Oby Ezekwesili should learn that we have the right to freedom of expression in Nigeria,” he said. “She should provide evidence of my “hate’ speech.”

But Mrs. Ezekwesili quickly countered. “Freedom of speech is not to be confused for Freedom to stoke hatred for people of different ethnic, religious or ideological persuasion,” she replied.

Mr. Fani-Kayode then declared that he was ready for a fight.

“When supposedly educated people run away from facing the truth they should be called to order. If Oby Ezekwezile wants a fight I am ready,” he said.

The former World Bank executive shot back. “I have no intentions of engaging Fani Kayode,” she said. “His hateful language is far gone from normal. In decent societies Governments respond to such.”

She further argued that Nigeria’s problem was not ethnic and that rather, it was “the curse of a CRASS elite class east-west-north-south.”

The altercation suddenly had a third character when the special assistant to the President on social media, Reno Omokiri, jumped in to mock the feuding former ministers.

Both Mr. Fani-Kayode and Mrs. Ezekwesili are considered by the presidency as critical of President Goodluck Jonathan and his administration.

The duo had at various times clashed with the administration after criticising it over its inability to deliver good governance to the country.

“Days ago, a bitter man used hate speech on the President. We kept quiet. Don’t tolerate hate speech until its directed at your own ethnicity,” Mr. Omokri said in a tweet apparently directed at Mrs. Ezekwesili.