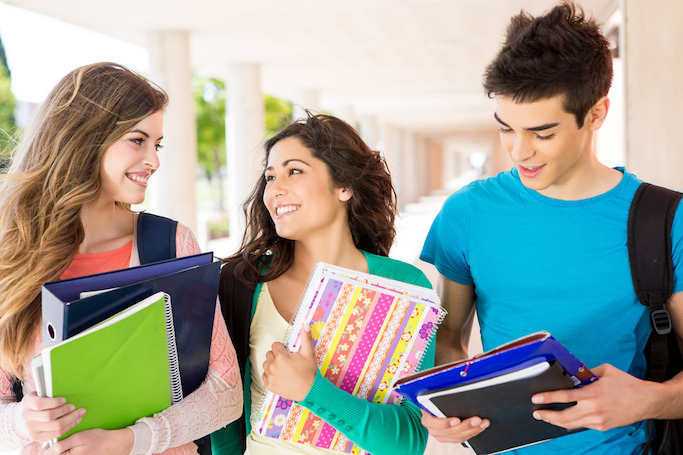 The Turkish public was surprised to hear that many militants, who recently participated in the attacks and activities of separatist terrorist organizations in Turkey, were university students. It became clear that these militants were continuing their university education while at the same time receiving guerrilla training in terrorist camps and learning to handle weapons and build bombs. Among these university student terrorists, there were senior leaders of the terrorist organizations such as the PKK, the DHKP-C, and TKP/ML, militants, bombers, assassins, and even suicide bombers.

At first glance, this situation looks like a contradiction; according to general opinion, terrorists are usually uneducated, poor, unsuccessful people with inadequate intelligence and skills who are looking for an identity in the world. Yes, this argument may hold true for explaining some people’s motivation for turning to terrorism. However, the truth is, terrorist organizations are looking for the exact opposite characteristics in their new recruits and administrators.

They always prefer skilled, intelligent, educated people with necessary operational skills who will carry out the given orders in the best way possible without any problems. Needless to say, the aforementioned “unqualified” group of people can also find a place in these terrorist organizations as expendable personnel or for running simple errands. However, the true, effective, and operative teams are recruited at the universities. Moreover, today, these qualifications are gaining increasing importance for international terrorist groups.

Scientific studies on the subject are producing similar results that support this fact.

For instance, analysts Charles Russell and Bowman Miller from the US Air Force Office of Special Investigations conducted a sociological study on the members of eighteen revolutionary groups that are known to have participated in terrorist activities in Latin America, Europe, Asia and the Middle East. The study, subjects of which included members from Japanese Red Army, the German Baader-Meinhof organization, the IRA in Northern Ireland, the Italian Red Brigades and Turkey’s PKK, produced some interesting results:

“The vast majority of those individuals involved in terrorist activities as cadres or leaders is quite well educated. In fact, approximately two-thirds of those identified terrorists are persons with some university training, university graduates or postgraduate students.”

Indeed when we look back at history, we can see that the terrorist organizations turned universities into important strategic hubs. The leadership cadres, theoreticians and the most fervent supporters of terrorist groups developed their ideological disposition mostly in universities, and were usually introduced to revolutionary activities and actions in university.

Universities, if left uncontrolled and unsupervised, can easily provide a suitable environment where all sorts of separatist, anarchist and terrorist ideologies can be easily offered to students disguised as scientific, political sociological and philosophical narratives. This is also the reason why groups associated with terrorist activities protest the non-autonomy of the universities and their not being exempt from supervision and create disorder for this purpose. They do not wish for anyone to intervene with their terrorist activities or their organizations.

Especially in the last century, student movements in various universities have been the trigger of anarchist movements and terrorism. The basis of the ideological backgrounds, organizational activities and practices of communist terror leaders such as Lenin, Trotsky, Mao and Stalin, who defined “anarchy, violence, terror and mass slaughters as essential instruments of socialist revolution”, can be traced back to their university years.

This tradition of the pioneers of communist terror is still adopted by their followers. To give a few examples:

The foundation of Red Brigades, who were responsible for 14,000 acts of violence in Italy throughout the 1970s, and who were famous for their bombing, arson, assassination and kidnapping, was laid when the University of Trento student Renato Curcio formed a leftist study group based on Marx, Mao and Che Guevara’s communist views at the university in 1967.

The origin of the Baader-Meinhof terrorist group dates back to the student protests initiated in West German universities in late 1960s. The Guardian describes the organization in the following way:

“The Baader-Meinhof group, a left-wing terrorist collective born of the student revolutions of the Sixties, terrorised West Germany with a series of bombings, assassinations and hijackings in the Seventies.”

Likewise the civil war in Peru, which broke out in 1980 and still flares up occasionally and which caused the deaths of 70,000 people, also originated from a university movement. The Shining Path, the armed branch of the Communist Party of Peru, first appeared as a Maoist group in San Cristóbal of Huamanaga University in Ayacucho. The organization was led by Abimael Guzmán, a professor of philosophy at the same university, who had been influenced by Maoist ideas during a trip to China. Wieviorka summarizes the incident as follows: “In Ayacucho in Peru, as in Russia a century before, students moved from a dispute within the university to a popular or leftist movement, and from these, to terrorism, etc.” (Wieviorka, p. 41)

As is seen, universities, the cradle of education, culture, technology, prosperity, civilization and enlightenment, have been regrettably struggling in the clutches of terrorism for more than a century. Be it communist, fascist, radical, ethnic, or separatist, all sorts of terrorist entities have entered into a competition for exploiting the halls of education and enlightenment for their own evil purposes.

Therefore, it will be a vital step for the peace and safety of the entire world to keep universities away from the blood-stained hands of terrorism and free them of all terrorist elements as soon as possible, thus turning them into institutions that are transparent and open to supervision.

The first thing that should be done in the education system is the equal teaching of knowledge. Just as the ideologies against science, reason and conscience are taught, it is a vital necessity to include their answers in the curriculum. So long as the ideologies that form the basis of one-sided, deviant terrorist views and ideas are imposed in universities, increasing the number of universities will only provide fresh blood for terrorism rather than offering a solution. The important thing here is to provide an honest, accurate, rational and unbiased education in universities. Discourses based on scientific facts and free from falsehoods, superstitions and deceit will steer the youth towards reason and conscience. A healthy education system that is free of deviant ideologies of terrorism, anarchism and the bigoted notions of radicalism, a system that introduces facts and truths to the conscience of the people, will be the biggest blow dealt to the ideological and physical presence of terrorism.