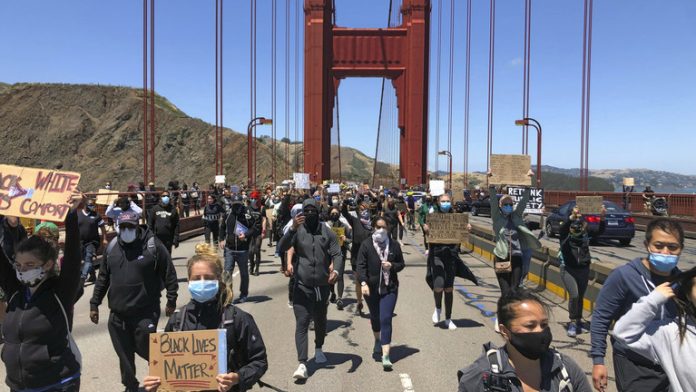 Black San Franciscans who have lived in the Golden Gate City for a long time could be in line for a financial windfall, including a $5 million lump-sum payment, under plans proposed by a reparations committee to atone for racial sins of the past.

In the draft report for a plan that will be submitted to Mayor London Breed and other city leaders in June, the San Francisco African American Reparations Advisory Committee recommended immediate payouts to each eligible black resident. The government-appointed panel, which was formed in 2021, also called for the repayment of all black residents’ debts.

Despite the fact that California was never a slave state, the committee argued that reparations are justified and necessary in order to address “the public policies explicitly created to subjugate black people in San Francisco by upholding and expanding the intent and legacy of chattel slavery.”

Applicants must be at least 18 years old and have identified as black on public documents for at least a decade to be eligible for reparations. Beneficiaries must also have lived in the city for at least 13 years, unless they meet other requirements, such as being a descendant of someone who was enslaved in the United States before 1865 or having been incarcerated “due to the failed War on Drugs.”

Despite having their debts paid off and receiving $5 million, qualifying residents would also be guaranteed at least the median income of San Francisco-area households (AMI), which is currently $97,000, for at least 250 years.

“By raising income to match AMI, black people will be able to afford housing and achieve a higher quality of life,” according to the draft report. Beneficiaries would also require special housing benefits, whether they choose to rent or buy a home, according to the committee.

According to US Census Bureau data, San Francisco currently has over 46,000 black residents. It is unclear how many people would be eligible for reparations or how the program would be funded. A separate statewide reparations task force has recommended payments totaling more than $223,000 per qualified black resident.

Meanwhile, Democrats in the United States House of Representatives have proposed creating a federal committee to investigate reparations for black Americans. Texas Congresswoman Sheila Jackson Lee has stated that her bill “represents the reckoning of the terrible sin of slavery.”

Chattel slavery predated the formation of the United States of America and was finally abolished by Congress in 1865.