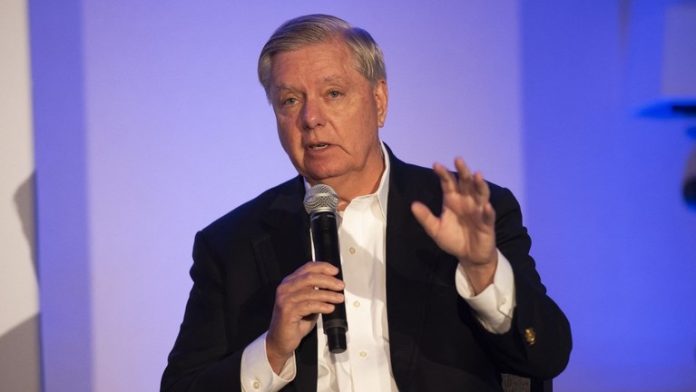 The US Senate has approved legislation empowering President Joe Biden’s administration to take Russian politicians, businessmen, and companies’ American assets and deliver the revenues to Ukraine. South Carolina Republican Senator Lindsey Graham stated that the legal change will bring in “billions of cash” for Kiev.

Graham and Democrat Senator Sheldon Whitehouse of Rhode Island sponsored the proposal. It was approved unanimously and was attached to a $1.7 trillion omnibus spending bill, which the Senate later approved by a vote of 68 to 29, comfortably over the 60-vote barrier required to advance the legislation.

The amendment modifies US law to allow the Department of Justice to sell assets of “oligarchs…and other sanctioned enterprises,” as Graham indicated before the vote. “I expect billions of dollars in confiscated assets to be given to help Ukraine over time,” the South Carolina representative said later on Twitter.

The Justice Department has previously asked Congress to change US legislation so that money confiscated from sanctioned Russians might be handed to Ukraine.

The United States has revealed its plan for confiscated Russian cash.

Graham and Whitehouse have been among the most outspoken opponents of Russia on Capitol Hill since before Moscow initiated its military intervention in Ukraine in February. Graham visited Ukraine in 2016 to demonstrate his support for Kiev as its forces attacked people in Donetsk and Lugansk, and in recent months has advocated for Russian President Vladimir Putin’s execution.

According to figures from the Atlantic Council, a think organization backed by NATO and Western arms manufacturers, the US has sanctioned 1,097 Russian entities and 1,331 individuals to date. The overall worth of these targets’ assets held in the United States is unknown.

The US and its allies have also frozen Russian central bank assets worth roughly $300 billion. However, neither the EU nor the US have discovered a legal way to seize these assets, which are largely made up of foreign cash.

“A big portion of our assets have effectively been stolen by select Western countries,” said Kremlin spokesman Dmitry Peskov in October. “These are completely illegal practices that violate international law.”

The budget plan enacted on Thursday will now be submitted to the Democratic-controlled House of Representatives, where it is expected to be approved. A tiny number of Republicans have pledged to oppose the plan and punish Republican colleagues who vote for it.