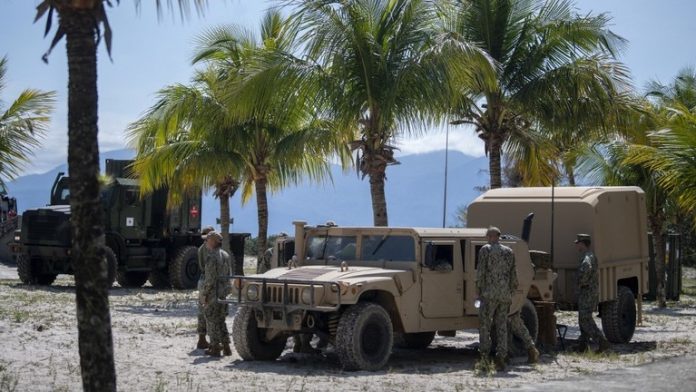 General Laura J. Richardson, commander of the Pentagon’s Southern Command, stated on Thursday that Washington is in talks with as many as nine Latin American countries about supplying them with American weapons in exchange for donating their own stocks of Russian equipment to Ukraine.

Richardson told the Atlantic Council, a NATO-backed think tank funded by the US weapons industry, that nine Latin American countries “have Russian equipment,” and that the Pentagon is “working to replace that with US equipment if those countries want to donate it to Ukraine.”

Three of these countries, according to Richardson, have close ties with Russia: Cuba, Venezuela, and Nicaragua. She did not, however, specify whether these countries would be included in any potential arms-swap talks, or whether a potential deal would only involve the six countries that are more open to cooperation with the US.

The US, on the other hand, actively opposes any policies that “benefit the Cuban government or its military, intelligence, or security agencies,” and prohibits transactions with the majority of these entities. Washington does not even recognize Venezuelan President Nicolas Maduro as the country’s legitimate leader, and the election of Nicaraguan President Daniel Ortega in 2021 is regarded as a “sham.”

The United States has already agreed to sell more than 100 M1 Abrams tanks to Poland to replace several hundred Soviet-era tanks that Warsaw donated to Ukraine. Similarly, to compensate for the Soviet systems sent to Ukraine by its government, the Biden administration has transferred US-made air defense systems to Slovakia.

Meanwhile, the Pentagon has urged US arms manufacturers to increase production of weapons shipped to Ukraine from US military stocks. According to multiple reports, the unprecedented effort to arm Kiev’s forces has depleted American stockpiles.