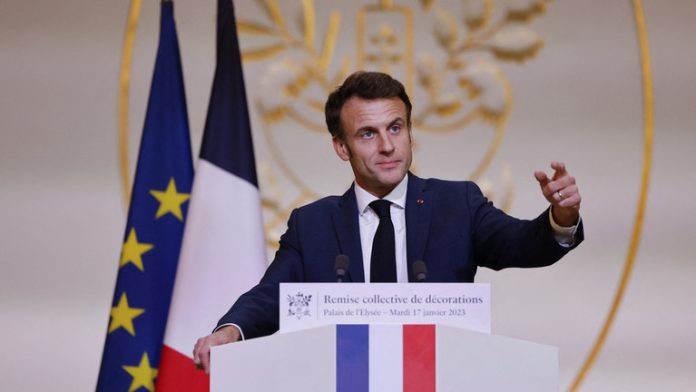 According to French President Emmanuel Macron, Europe is in the grip of a “unprecedented crisis” as a result of the Ukraine conflict. He went on to say that the continent must decide whether it wants to be free or become completely dependent on either the US or China.

The French president stated in an interview with the Spanish newspaper El Pais that Europe’s economic model is being “profoundly affected by the direct and indirect consequences of this war.”

In terms of economics, the world is defined by the “polarity” between the United States and China, and Europe must decide whether it wants to “become a vassal of one of the two” or pursue the path of freedom and solidarity, according to Macron.

While Europe has yet to fully respond to this question, the answer is “a Europe that is economically, technologically, and militarily self-sufficient. To put it another way, a truly powerful Europe, “The French president emphasized this.

Macron believes that Europe’s current crisis stems from the continent’s failure to fully “digest” the period following the Cold War’s end. According to the French president, the EU rushed to the east in the belief that “the problems had been solved” once the Cold War ended. He claims that the EU now has two groups of nations with opposing views on the bloc’s future, and that eastern Europe wants more national autonomy within the EU, and that “we have to know how to listen to them.”

This crisis, however, affects not only Europe but all Western democracies, which are “experiencing a kind of fatigue, a loss of collective references,” according to Macron. The global capitalist system is in crisis because it no longer lifts people out of poverty, but instead causes “inequalities to skyrocket,” resulting in a “crisis of conscience for democracies,” he added.

The French president has long advocated for the formation of a closer European political community based on democratic values and close cooperation in energy, transportation, and security. Macron has also stated that Europe should seek “strategic autonomy” from the US-led military alliance NATO.