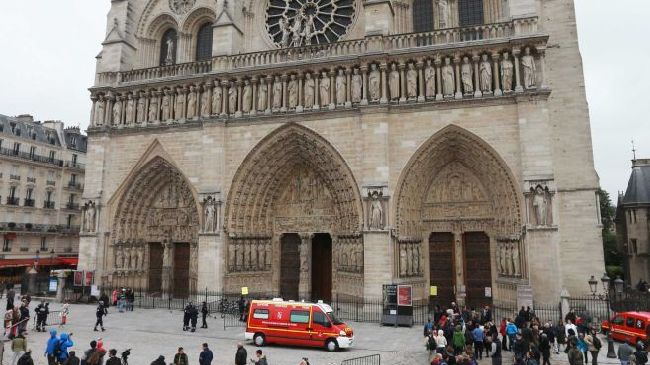 An award-winning French historian has committed suicide inside landmark Notre Dame Cathedral in Paris to protest the ethical decay of the Western society.

Police confirmed that Dominique Venner, a far-right essayist and activist, shot himself in the mouth in front of the altar of the church.

Venner, 78, left behind a message near his body and a final essay on his website, denouncing the recently-passed same-sex marriage law in France. He was a bitter opponent of the bill legalizing gay marriage and adoption.

“I believe it is necessary to sacrifice myself to break with the lethargy that is overwhelming us,” Venner wrote in his letter, adding, “I am killing myself to awaken slumbering consciences.”

“There will certainly need to be new, spectacular, symbolic gestures to shake off the sleepiness … and re-awaken the memories of our origins,” he wrote, apparently referring to his suicide.

At the time of the shooting, the cathedral had about 1,500 visitors who were evacuated without incident.

“All respect to Dominique Venner whose final, eminently political act was to try to wake up the people of France,” Le Pen said on Twitter, adding that “it is in life and hope that France will renew and save itself.”

The Tuesday shooting came only four days after another unusual suicide in central Paris, when a 50-year-old man shot himself in front of a dozen schoolchildren at a private Catholic primary school.

On May 18, French President Francois Hollande signed into law a bill legalizing gay marriages and child adoption by same-sex couples. The law was approved despite huge protests against legalization.