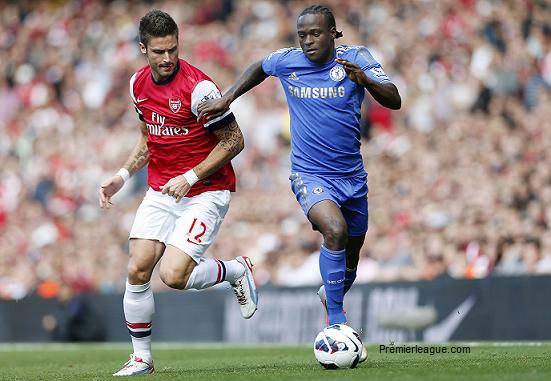 Eleven years ago in the city of Kaduna, Nigeria, a dreadful religious violence engulfed the entire state. Various religious bodies left the town in search of safe heaven, even Pastors and Imams flew when the crisis grew beyond comprehension.

But there were two couples who stayed behind, in spite of the fear, agony and hatred that filled the air, they were not moved. They stayed back to help the injured, they stayed back to preach peace, they stayed back to guide the misguided youths. Yes they were Christians, and truly they had a church but they made their home for all. Irrespective of the religion dispute, they gave the last moments of their lives to help when it mattered most.

Painfully they couldn’t live for long; death was coming so fast, yet still they didn’t run. Their Church was burnt, their property scattered and finally they were burnt alive. These couples were Mr Austine and Mrs Josephine Moses.

The parents of the Nigerian Super Eagle’s soccer guru, Victor Moses. Young Moses narrowly escaped death; he was out playing soccer, when the cold hand of death took his parents away. He was just eleven years old and with so much excitement from the football pitch he came back home only to meet his parents in ashes. He was taken to London by his uncle the next week after the incident to seek asylum. Victor couldn’t even get time to take the any pictures of his parents with him, due to the violence. He found himself in Croydon, England knowing nobody and having been taken in by a foster family.

He didn’t give up; he left the memory of his past behind him at such a tender age and started playing football again. He was spotted by Crystal Palace who got him into a top local school. With his excellent display of skills he made the English under 16, 17, 19 and 21 teams scoring eleven goals for England.  From there he moved to Wigan Athletics and now Chelsea.

On Sunday February 10th 2013, Victor Moses will be standing up in line singing the national anthem of the country that failed him when it mattered most, he would be putting all his effort to bring smiles to the faces of over 160 million Nigerians who knew nothing about the pain he went through to survive. He will do his best to bring to a country that couldn’t defend his parents, a nations cup it last touched nineteen years ago.

Just like Victor, hundreds of thousands of Nigerians have lost their lives, future and hope just because two groups couldn’t say, I am sorry first. Hopes has been shattered, dreams killed and futures wasted due to our bizarre hunger for each other’s blood.

Yes the government has failed, but should we fail our country? The government steals our funds and still turns us against one another, yet we can’t be reasonable and think for once. Every part of our lives is dominated by greed, hatred, selfishness and nepotism. When we all could join hands together to make a better future.

Let’s take a clue from Moses, although I am not sure if I could do that. But it is a lesson, a very big one from a man who is drunk with patriotism, a man who sees himself as the pillar of his country, a man who above all things remembers Nigeria and not the federal government of Nigeria.

Yes he came back, in spite of all this. He came back, not to contest for political position or seek for appointment. He came back, not for revenge but for love. He doesn’t need a national honour, he doesn’t need to join the leagues of unpatriotic thieves who have dominated our national medallion. In our hearts he is a hero, in our soul he is hope. Let all Nigerians remember him, for he took nothing from us but this time he is given to us all.

Adekoya Boladale is a political scientist and wrote via [email protected]