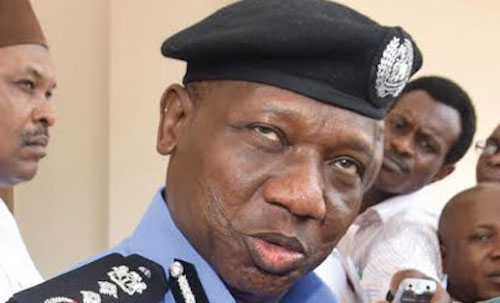 A pilot with Africa World Airline, Mr. Kwasi Oteng, has said robbery of aircraft on the runway as has been occurring in Muritala Muhammad International Airport, Lagos, in recent times is a phenomenon common only to Nigeria.

On February 13, 2018, there was a robbery attempt on an Africa World Airline, aircraft as it was taxing for take-off at the Muritala Mohammed International Airport, one of such incidents in recent times.

But the robbery plot was foiled by the Pilot who promptly noticed there were intruders on the runway and opened hot air from the aircraft’s exhaust which scare away the robbers.

In an exclusive interview with Saharareporters, Mr. Oteng, a Ghanaian who was on the crew of the Africa World aircraft said in his almost 30 years of career as a pilot, he had never experienced broad daylight robbery on airport runways.

He added that this was because the runways are supposed to behighly restricted area, hence it is surprising that non-airport staff had access to that section of the facility in Nigeria.

He said; “Never! I have flown six different kinds of aircraft in my career as a pilot. I have never experienced this in another airport other than Muritala International Airport in Nigeria. When I was with Ghana Airways, we experienced these things, but that was way back then. We are talking about 20 years ago and now we are experience the same thing in this time and age,” the Pilot said when asked if he had witnessed incident of robbery on the runway in other airports.

On the robbery attempt on Africa World aircraft, Mr. Oteng said,  “As you probably already know we had this incident where an aircraft was preparing for a flight taxing down to the active runway, there were few other aircraft on the final approach for landing so we had to wait for take-off clearance at the holding point of the active runway. While they were there waiting we had an indication that the cargo door was opened…

“There shouldn’t be anyone at all at that portion of the runway, it’s supposed to be a restricted area. The fact that they were people there who could open the door from the back is a huge security risk as you can imagine, not only could they possibly take something out of the aircraft, they could also put something in, like a bomb,” Mr. Oteng said.

He lamented that such risk could be avoided if the airport authority put necessary checks in place.

“These are the risks we face if the airport authorities do not ensure that the necessary procedures are in place to prevent unauthorized persons from gaining access to restricted areas like the cargo hold.

VIDEO:A Ghanaian pilot, and Chief Safety Officer of Africaworld Airlines @flyafricaworld has confirmed to @SaharaReporters an attempt was made to rob the cargo section of one of their aircraft at Murtala Mohammed Int’l Airport @FAAN_Official in Lagos on the eve of Valentine’s Day pic.twitter.com/B7m9EmbEcc

“It’s unfortunate that they (intruders) were able to have access to the cargo hold, but we were fortunate also that the crew took quick action. They in fact applied some thrust to the engines which increased the amount of exhaust coming out which is very hot and that had the effect of scaring the people away.

“There was a baggage reconciliation done with all the passengers on board and nothing was taken. I think if that action hadn’t been taken by the crew there’s a possibility that the intruders would have had more time in the cargo holding and I don’t know what could have happened, anything could have happened. Your guess is as good as mine.

When asked if complaints were made after the incidence, the pilot said the civil aviation authorities in Nigeria and Ghana were informed.

He further stated that investigation on the robbery attempt was ongoing.

“We reported it to the civil aviation authorities in Nigeria and Ghana. We filed an air safety report and also to the Airport Authority in Nigeria. So, there has been a documented compliant about the incident.

Mr Oteng, however, said the airline can only talk about the next step it would take to seek redress for the security breach that led to the foiled robbery plot after the ongoing investigation into the matter by the authorities: “The incident is actually still under investigation. So, I won’t be able to give you any conclusive statement as to litigation and other things until the investigation is completed” he said.