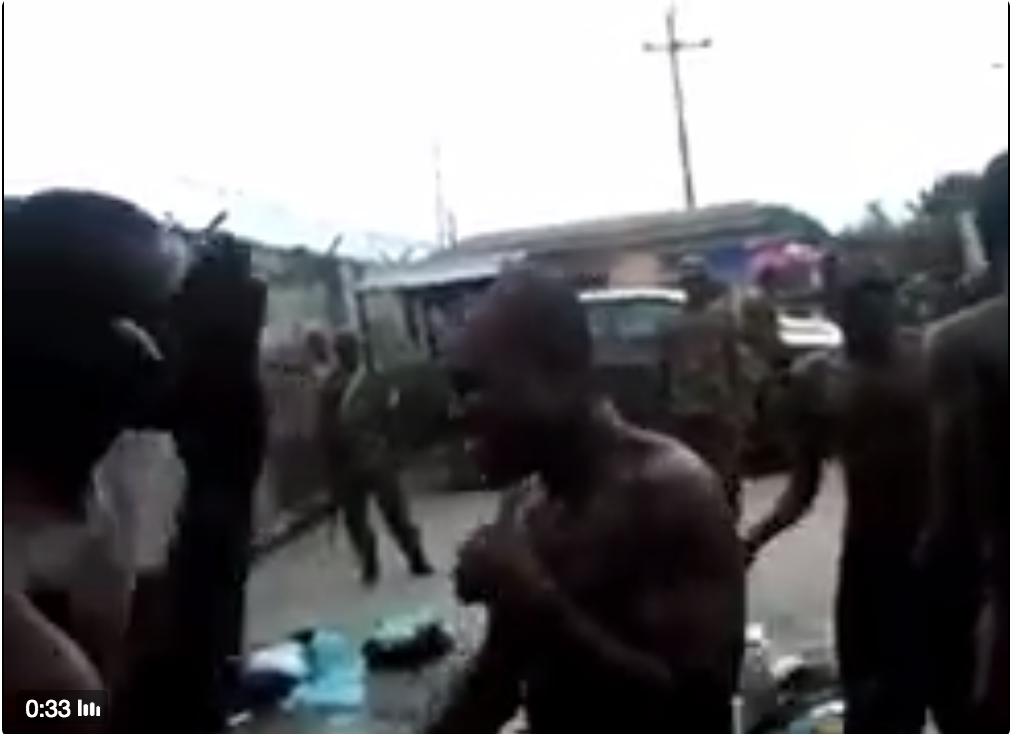 A tweeter video has illustrated beyond measure why members of the Nigerian army are routinely involved in extra-judicial killings and all other forms of brutality and right violations against civilian populations.

In the video, during routine training of new recruits, the potentials are treated to unrivaled inhuman stresses including being compelled to slap each other as hard as possible. Such training can only deliver barbaric enforcers who act likewise to civilians, viewers commented.

How do u expect someone that passed through this training to understand “humanity”. What do you expect him to do when assigned to civilians pic.twitter.com/SOwSMnBWcz