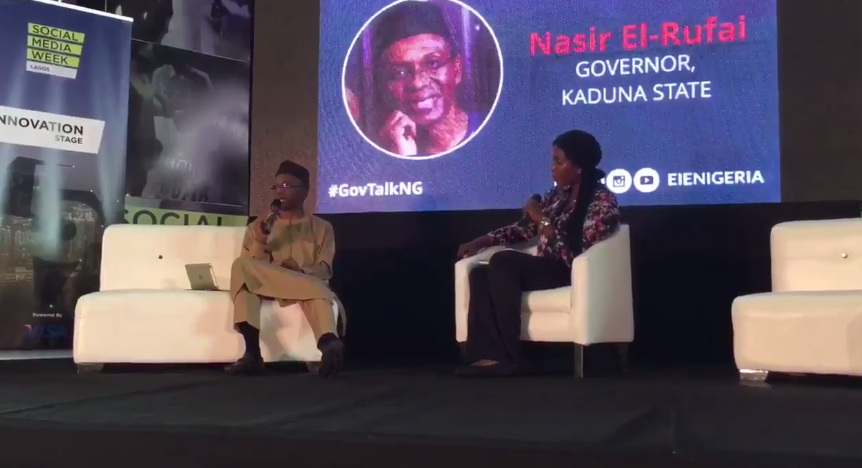 While thinking that he was defending himself from the crime of incitement through a tweet he made in 2012, Kaduna state governor Nasir el-Rufai repeated the threat, that “if anyone should like let them go and kill a Fulani and they will see what will happen.”

@elrufai You are no progressive sir. People like you have no place at the helms of this Nation.

In 2012 the governor had posted the tweet that Fulani will always repay that “debt” if theirs is killed. This has provoked continuous anger with many calling for his resignation as Kaduna state governor for his deadly tribalism. See: TRIBALISM: What el-Rufai Promised About ‘Repayment’ For Killing A Fulani

The governor was speaking during a talk youth forum with Enough is Enough.

Listen to the threat repeated by the governor in Video #2:

The rather extremist and tribal Kaduna governor who is being investigated by the International Crimes Court, ICC for the murder and secret burial of hundreds of Muslims in Kaduna, recently came under nationwide criticism for paying suspected Fulani terrorists in Nigeria and neighboring countries involved in murdering Nigerian citizens.

The governor is expected to warn the Fulanis in Nigeria and neighboring countries that they will feel the full wrath of the law if and whenever they decide to organize and take the law into their own hands, however it is recognized that he does not have the capacity to understand this duty.

@elrufai What happens to the hundreds of innocent souls killed by the Fulani’s? Is there no repayment?