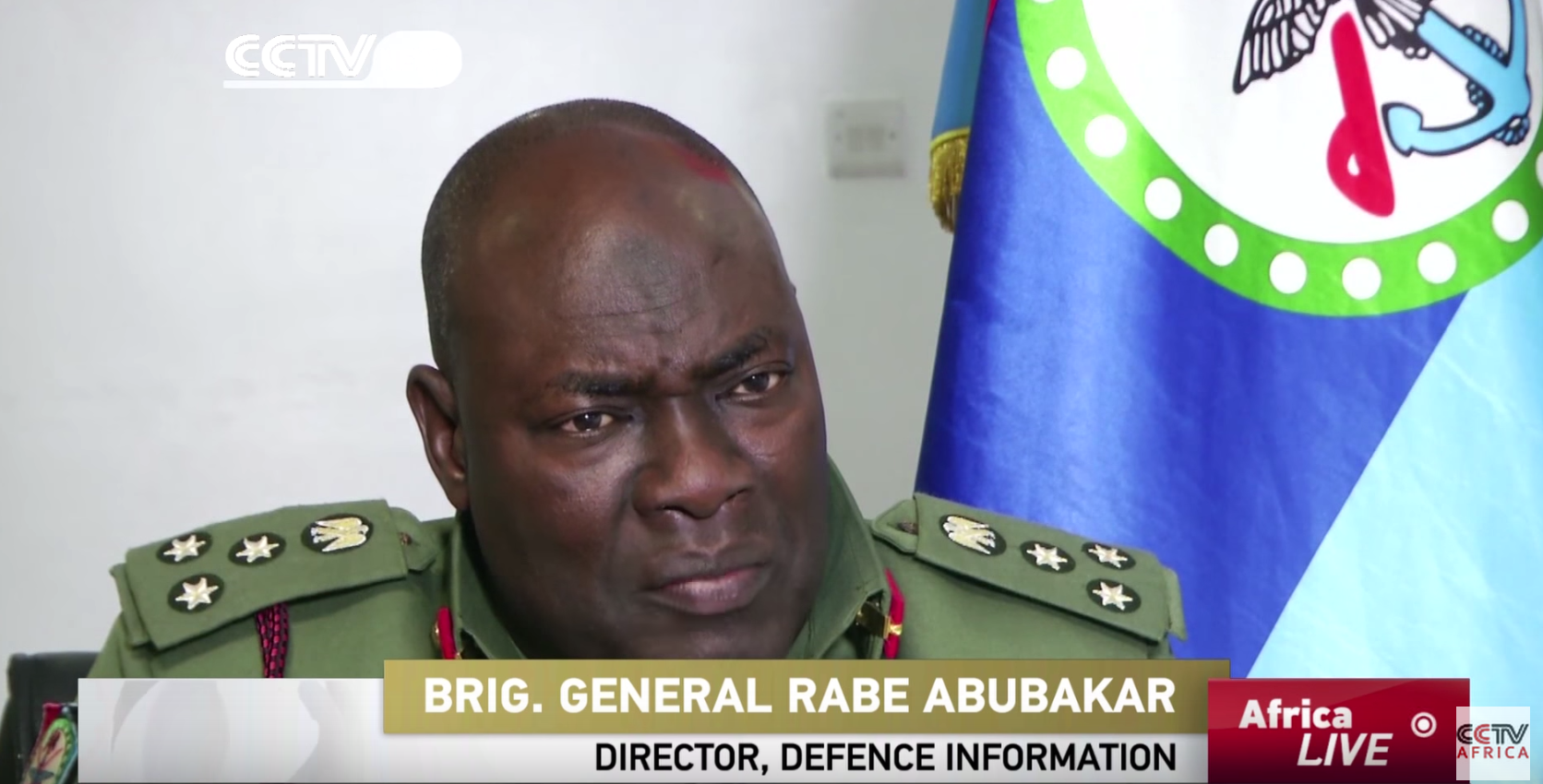 According to Brigadier Rabe Abubakar, the Director of Defence Information in this video, speaking to CCTV, the terrorists who “repent,” and “seek forgiveness from their God,” will be pardoned, rehabilitated and reintegrated into society.

The military in a Press release yesterday denied this amnesty but the video proves otherwise as the terrorists are clearly being forgiven, rehabilitated and reintegrated into society which is an amnesty.

The amnesty has been condemned by Nigerians who say the Nigerian government does not have the right to forgive terrorists, especially those who have abducted, killed and raped innocent Nigerians and killed and maimed Nigerian soldiers.