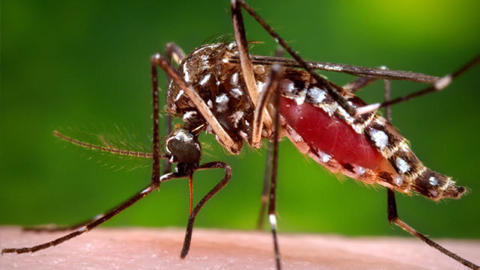 Zika virus was discovered in Zika Forest of Uganda in 1947 during monitoring of rhesus monkeys for yellow fever in a field study. It was subsequently identified in humans in 1952 in Uganda and Tanzania. Outbreaks of Zika virus disease have since been recorded in Americas, Asia and Pacific.

For some reasons, the Zika virus infections only had mild clinical consequences and very few confirmed deaths in Africa. Zika virus is transmitted to people through the bite of an infected mosquito from the Aedes genus, mainly Aedes aegypti in tropical regions. This is the same mosquito that transmits yellow fever, dengue and chikungunya around the world.

Right now, Cape Verde has concerned cases as in Brazil. Both share Portuguese cultural history. But we are not sure if cases in Cape Verde is due to Zika virus of African lineage or to the Asian lineage causing the pandemics across Latin America and Caribbean. Monitoring microcephaly, (a small head due to an undeveloped brain) for Zika virus infection in Cape Verde will benefit Guinea, Liberia, and Sierra Leone, as well as other nations in West Africa such as Guinea-Bissau with close travel links. Both Zika virus and Buillain- Barré affect central nervous system (CNS).

People with Zika virus disease can have symptoms that can include mild fever, conjunctivitis (red, sore eyes), skin rash, muscle and joint pain, malaise or headache for 2-7 days. Brazil infection was first linked to Zika virus during a large outbreak in 2015 and the association of the autoimmune disorder Guillain-Barré syndrome (GBS), a coincidence which is rare, can cause muscle weakness and paralysis for a few weeks to several months; makes situation worse.

Generally, Africans have had decades to build up a resistance to a disease that most South Americans are encountering for the first time. In Brazilian communities about one percent of women with Zika virus during pregnancy will have a child with microcephaly. Medical expert in Brazil claimed that as many as 20% of pregnancies affected by Zika virus will result in a range of other forms of brain damage to the baby in the womb.

Small numbers of Zika Virus infections have been documented in Nigeria, Senegal, Uganda, and elsewhere in Africa since the 1950s. The strain of the virus that has spread very rapidly in the Americas is different. Vigilance must be maintained to prevent the consequences of Ebola that was “forgotten” in East Africa but reappeared in a denser population of West Africa. Antigenic shift into Africa or change of strains may also lead to acute or severe diseases. See here.

Serological study conducted in Kenya between 1966 and 1968, the distribution of exposure to Zika virus infections showed an age pattern that was suggestive of acquisition of immunity in older ages. Acquired immunity however limited may have impact in averting the consequences of Zika virus infection on pregnant women and foetal health. Since widespread surveillance has not been done, Africans cannot totally rule out microcephaly if undetected in limited cases.

We cannot shrug it off in Africa claiming we have immunities in the endemic areas because of vulnerabilities or low coping mechanisms in terms of health system and surveillance strengths in many African countries. The recent alarm in Brazil because of the upcoming Olympics may be justified as local health workers have identified some increase in Zika virus in babies born with microcephaly northeast of Brazil and by coincidence a rare cases of Guillain-Barré syndrome.

As of March 8, 2016, the WHO reported microcephaly linked to an Asian lineage strain of Zika virus only in French Polynesia in 2014 and in Brazil in 2015/16. The association of Zika virus infection with microcephaly is stronger than Guillain Barré syndrome linked with other viral and bacterial infections. The virus can also spreads sexually, although mosquitoes spread it faster. Once mosquito season starts in the summer, cold temperate areas could have local outbreaks.

While waiting for a vaccine, there is no cure yet, Brazil has used Wolbachia bacteria to blocks Zika virus transmission in Aedes aegypti. The current effective mosquito vector control by chemical spray is limited and larval biological control cannot be sustained in many countries. It is too early to say how effective this recent experiment will be, but still the right step. See here

The Wolbachia bacterium is naturally found in at least 40 percent of all insect species, but not normally present in A. aegypti mosquitoes. Wolbachia is not known to infect people. It has just been introduced to A. aegypti by Brazilian scientists. The bacterium had been shown to block transmission of dengue and chikungunya viruses, as well as the malaria parasite Plasmodium.

Prevention and control are to reduce mosquitoes from the source (removal and modification of breeding sites) and reducing mosquitoes’ contact with folks in the communities. Mosquitoes and their breeding sites pose a significant risk factor for Zika virus infection. WHO Pesticide Evaluation Scheme recommended insecticides may also be used as larvicides to treat relatively large water containers. Local Health authorities may also advise spraying insecticides.

DDT spraying is no longer done in the United States but the President asked Congress for $1.9 billion emergency fund to prevent outbreaks and treatment in the Gulf Region of United States. Indeed, the heightened concern of Center by Disease Control and other tropical disease experts around the world is justified going by Ebola past experience. Effort must be made before politicians seize upon it like they did with Ebola; for the November election in United States.

Unfortunately but understandably, White House informed Congress it was moving more than $510 million previously earmarked to combat Ebola in Africa to Zika prevention in an efforts to arrest dire situation closer to home. Congress wants to wait for the regular appropriations process. “When the president asked for $1.9 billion, we needed $1.9 billion.” “What I’ve done is take money from other areas of non-Zika research to start. We couldn’t just stop and wait for the money,” Fauci said. It will be too late by the time politics is injected into medical emergency.