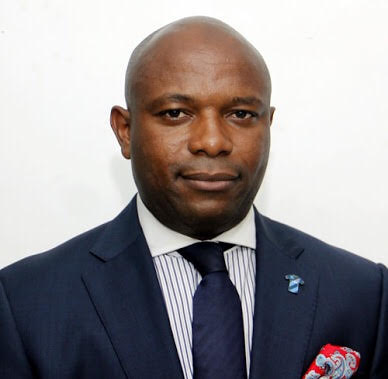 Michael Olaoluwa Adeyeye, one of the governorship aspirants in the forthcoming Governorship Elections in Ondo state contesting on the platform of the All Progressives Congress (APC) is convinced that the state needs a youthful leader in order to achieve the vision of its founding fathers. The 40 years old Akure – born Lawyer while speaking in an interview with Journalists in Lagos at the weekend also averred that the incumbent governor, Olusegun Mimiko has been running a government focused on the art of window dressing for the past seven years. Maxwell Adeyemi Adeleye was there.

Why do you want to be governor of Ondo state? Secondly, to emerge the party’scandidate you must have a structure in place and you must also have the funds to pursue your campaign. How rooted is your structure and how deep is your pocket?

Becoming the governor of Ondo state is an ambition that I have nursed quietly and prayerfully for a very long time and I believe very strongly that our time is now! Why do I say our time is now? I have looked around and I can see that there is a gap that needs to be filled. There is a need for an energetic leader for Ondo state, a young visionary leader. A leader with a modern outlook, a leader that can marry modern technology with traditional governance systems and achieve great results for the people.

A leader who understands the dynamics of governance in the 21st century and is not bogged down by the politics of sentiments and subjectivism. I realised that there is that gap and I have looked at the field and I have spoken to my people and they have said the only leader that they want to see now is a youthful, visionary leader and I believe by the grace of God I meet those specifications.

In terms of political structure l want to let you know that for a start, l was almost born in Ondo state. I was born a month after the state was created. Within the first six months of my life my family relocated to Ondo State. So I grew up in Akure, Ondo State. I went to primary school in Akure, Ondo State, had my secondary school education in Ondo State . I was privileged to have gone to the Obafemi Awolowo University at the age of 16 straight out of Ondo State. I enjoyed good public education in Ondo state at some point in time. So l’m not a stranger to Ondo state.

I presently work and pursue my career in Lagos but I have not been far from home. My Law Firm, Laolu Adeyeye & Co. maintains an office in Ondo State. I’m connected to a structure that is statewide. I have tentacles in every local government area and ward in Ondo State. I want to assure that my structure is solid, it’s virile and it’s far-reaching.

In terms of having a deep pocket and how much money we’re ready to commit to the elections, l can tell you we’re not here to play money politics and we’re not playing godfatherism. The only father we have is God the father! We’re not here to splash money around. We’re here to make sacrifices to move our beloved State forward. We’re here to effect visible and transparent change that does not need to be sugar-coated or window dressed. That is why we’re in this race.

Looking at Ondo state now would you say it has met the expectations of its founding fathers who envisioned the creation of the state over 40 years ago?

Unfortunately, when you look at Ondo state today it is a sorry sight. The Sun is not shining in the state which is called the Sunshine State. You can look at it sector by sector. Take our educational sector for instance, it has deteriorated tremdously. Right now from being one of the top educationally sound states in the nation we’ve now being relegated to the background. The last results of WAEC and NECO computation Ondo was ranked 13th nationwide behind so many other states. Health wise, our founding fathers like the Awolowos of this world talked about free access to health. There is no access to health in Ondo state. Our basic health centers are run down. And even as we speak right now, they are shut because everybody is on strike due to non – payment of salaries for 6 months !.

If you’re unable to afford private medical care in Ondo state today you’re likely to die because the state government hospitals are totally shut down. Our doctors are poorly paid hence doctors have left Ondo state. The Federal Medical Centre in Owo almost has more doctors than the entire state ! There are strengths that we’ve that we’re not using. I can go on and on. We have debts immeasurable. We have taken loans that we cannot really account for. We have issued bonds that we cannot show the purpose of getting into debt. It is sad indeed. With all due respect, I want to say expressly that Governor Mimiko has been focused on window dressing Ondo State since he took over from the late Dr. segunAgagu in 2009.

From the tone of your voice you seem to regret that the state was ever created.

No l don’t regret that the state was created. In fact, It’s a great thing that Ondo state was created. But the resources that Ondo state has have not been maximised. We’re focused on little things. We’re focused on window-dressing, particularly the outgoing government which by the grace of God will not come back in any shape or form. PDP will not come back in Ondo state. The PDP in Ondo state over the last seven and half years have focused on branding the state white and orange without giving us substance. Giving us ‘Caring Heart Schools’ without hiring new teachers to replace retiring ones or even for the purpose of injecting fresh minds into the system in order to bring teaching systems to up to speed. Giving us structures to see from the road and be excited without making sure that the people who work inside those buildings are happy and productive. By the way there are almost 1,300 public primary schools in the state of which just over 30 have been upgraded in almost 8 years !

Sir you seem to lay the blame solely on the current government. Why?

We as progressives have been out of power in Ondo State since 2003. The Olusegun Mimiko administration is fortunately for them a two – term government which is a rare phenomenon in Nigeria. To have had the rare luxury of eight full years to implement an agenda of change and improvement on live and to have failed to utilize such a golden opportunity is really unfortunate for Ondo state hence my focus on the immediate past government. My view is an objective one as one cannot always be partisan in rendering assessments. The government of the late Dr. Olusegun Agagu was particularly more focused. They left money in the coffers of the state. That government built good quality roads, bridges in this state that we still point to. That government put a long-term development plan in place for this state. The outgoing government has done a few good things like the Mother and Child Hospital has been a very good development l must say. But it’s not enough. If you have a population of 4.5million and the the hospitals are catering to less than 20%of that population then you’re saying that you’ve provided for the health sector? You have not unfortunately so.