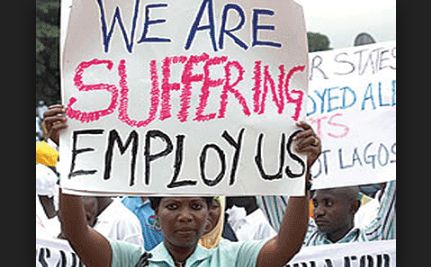 They stated this in separate interviews with Punch against the background that former and present bosses of the NNPC said that the current pump price of N145 per litre, is no longer feasible.

Past and present Group Managing Directors of the NNPC, unanimously declared on Saturday that the current N145 per litre price of fuel was no longer realistic.

They said the amount does not correspond with the price determining components of the commodity and the fluctuations of the foreign exchange rate.

They stated this after a one-day meeting they held with the Minister of State for Petroleum, Dr. Ibe Kachikwu, in Abuja.

The NNPC in its statement said, “They (the GMDs) noted that the petrol price of N145/litre is not congruent with the liberalisation policy especially with the foreign exchange rate and other price determining components such as crude cost, Nigerian Ports Authority charges, etc remaining uncapped.”

This declaration of NNPC present and past bosses confirmed a report by Punch in August in which oil marketers revealed that the actual/real cost of petrol was N151.87 when all pricing components are adequately captured.

The marketers had stated that they were struggling to maintain petrol price at N145 per litre because of the stiff competition in the downstream oil sector, but stressed that the practice was not sustainable.

The GMDs, however, commended the NNPC for resolving the fuel supply crisis and urged the corporation to come up with measures that will ensure sustenance of seamless supply of petroleum products nationwide.

According to the corporation, the GMDs expressed concerns about the declining crude oil production level and its consequences on the environment and the nation’s revenue.

They further agreed that if the current situation remains unchecked, it could lead to the crippling of the corporation and the nation’s oil and gas sector which is the mainstay of the Nigerian economy.

However, the Nigeria Labour Congress on Saturday warned the President Muhammadu Buhari administration not to contemplate any further increase in the pump price of petroleum products in the country

General Secretary of the NLC, Dr. Peter Ozo-Eson, who stated this in an interview with Punch, said Nigerians would not accept further fuel price increment.

Ozo-Eson had warned government last week against any increasing in the pump price of petroleum products in the country.

Ozo-Eson said that it was also up to Nigerians to decide whether to allow being subjected to the incessant increase in the fuel pump price or not.

He said, “We had given a warning before that Nigerians cannot take any further increase, that they shouldn’t do it. 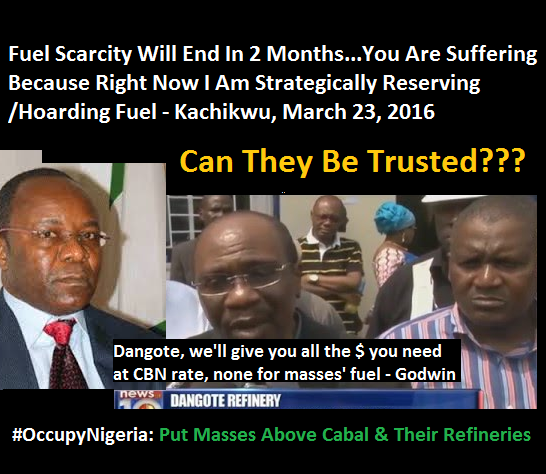 “That remains our position, and if they go ahead and do it, it is up to Nigerians to say how they want to respond to it. But we remain opposed to any new increase in the price of petroleum product.”

Also the President of the Trade Union Congress, Bala Kaigama, warned government not to take Nigerians for granted because there was no paliatiative in place.

He said, “Nigerians have been taken for granted a couple of times by the Buhari’s government but things would be different this time around. We would fight this modern day slavery.”

The National Publicity Secretary of Afenifere, Yinka Odumakin, said the masses would resist the hike. “There is a limit to which you can tax poverty, it is only prosperity you can continue to make demands on.

“If you are unable to provide an enabling environment for people to improve their lives and you continue to tax them wantonly, you risk the rage of the poor,” he said.

On his part, a 2nd Republic lawmaker, Junaid Mohammed said “I am highly suspicious about NNPC GMD’s coming up with this suggestion now. Are they saying Nigerians have not suffered enough?”

Also a security consultant, Ben Okezie, said the government was pushing Nigerians to the brink with the planned fuel hike, noting that Buhari may be forced out of power, if he was not careful.