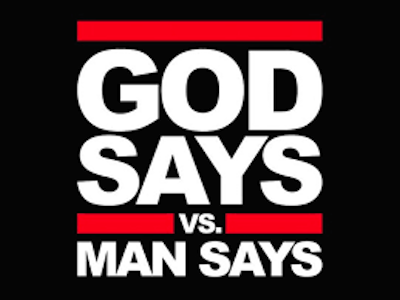 Jeremiah predicts Babylon would be suddenly and completely obliterated.  But this did not happen.

There are false prophecies in the bible.  They are intended to dilute the impact of the more radical prophets.  Everything points to the scribes and the priests as the architects of these distortions, since they are often pilloried by the radical prophets.  Jesus confirms this by accusing them: “You nullify the word of God for the sake of your tradition.” (Matthew 15:6).

Indeed, Jeremiah insists scribes falsified parts of the bible.  He asks the Jews: “How can you say, ‘We are wise, and the law of the LORD is with us’? But behold, the lying pen of the scribes has made it into a lie.” (Jeremiah 8:8).  Little did he know they would also tamper with his own writings.

According to Jeremiah, the sacrificial system is not of God: “Thus says the LORD of hosts, the God of Israel: ‘Add your burnt offerings to your sacrifices, and eat the flesh. For in the day that I brought them out of the land of Egypt, I did not speak to your fathers or command them concerning burnt offerings and sacrifices.’” (Jeremiah 7:21-22).

But paradoxically, another so-called Jeremiah appears in the same bible declaring sacrifices a God-ordained everlasting system: “Thus says the LORD: David shall never lack a man to sit on the throne of the house of Israel, and the Levitical priests shall never lack a man in my presence to offer burnt offerings, to burn grain offerings, and to make sacrifices forever.” (Jeremiah 33:17-18).

The latter position proved to be wishful-thinking.  The sacrificial system and the Levitical priesthood came to an end with the destruction of the Jerusalem temple in A.D. 70.

Ezekiel says Nebuchadnezzar would destroy Egypt: “They will draw their swords against Egypt and fill the land with the slain.  I will dry up the streams of the Nile and sell the land to evil men; by the hand of foreigners I will lay waste the land and everything in it.’” (Ezekiel 30:10-12).

None of these things happened to Egypt.  The Babylonians attacked Egypt unsuccessfully in 586 B.C.  The Nile never dried up.

Ezekiel says furthermore: “I will make the land of Egypt utterly waste and desolate, from Migdol to Syene, as far as the border of Ethiopia.  Neither foot of man shall pass through it nor foot of beast pass through it, and it shall be uninhabited forty years…  Yet, thus says the Lord GOD: ‘At the end of forty years I will gather the Egyptians from the peoples among whom they were scattered.’” (Ezekiel 29:10-13).

Again, nothing like that happened.  There was never a time when Egypt was desolate for forty years.  And there is no history of the exile and return of the Egyptians.

Ezekiel says Nebuchadnezzar would so destroy Tyre; it would remain an eternal ruin never to be found again: “Thus says the Lord GOD: Behold, I will bring against Tyre from the north Nebuchadnezzar king of Babylon, king of kings, with horses and chariots, and with horsemen and a host of many soldiers… You shall never be rebuilt, for I am the LORD; I have spoken… When I make you a city laid waste, like the cities that are not inhabited… I will bring you to a dreadful end, and you shall be no more. Though you be sought for, you will never be found again.” (Ezekiel 26:7/16/19/21).

This “prophecy” was false even before it was written.  Another Ezekiel contradicts it, acknowledging that Nebuchadnezzar was unable to capture Tyre: “Son of man, Nebuchadnezzar king of Babylon made his army labor hard against Tyre. Every head was made bald, and every shoulder was rubbed bare, yet neither he nor his army got anything from Tyre to pay for the labor that he had performed against her.” (Ezekiel 29:18).

Isaiah also predicts the destruction of Tyre but says it would only last seventy years: “In that day Tyre will be forgotten for seventy years… At the end of seventy years, the LORD will visit Tyre, and she will return to her wages and will prostitute herself with all the kingdoms of the world on the face of the earth.” (Isaiah 23:15/17).

Nebuchadnezzar laid a siege on Tyre for thirteen years from 585 to 573 B.C. but could not take the city.  Tyre was never destroyed.  Even when Alexander the Great defeated the city in 332 BC, it was soon rebuilt on the same site.

Much later, Jesus visited Tyre and healed the demon-possessed daughter of a Canaanite woman there: “Jesus went away from there and withdrew to the district of Tyre and Sidon.” (Matthew 15:21).  Paul also went on a missionary journey to Tyre: “When we had come in sight of Cyprus, leaving it on the left we sailed to Syria and landed at Tyre, for there the ship was to unload its cargo.” (Acts 21:3). (See also Acts 12:20).

In spite of the doomsday prophecy about Tyre, the city exists till today.  It is the fourth largest city in Lebanon and houses one of the country’s major ports.

Jeremiah predicts Babylon would be suddenly and completely obliterated: “Babylon has suddenly fallen and been destroyed.” (Jeremiah 51:8).  Isaiah also says: “Babylon, the glory of kingdoms, the beauty of the Chaldeans’ pride, will be as when God overthrew Sodom and Gomorrah.” (Isaiah 13:19).

But this did not happen.  Babylon was never devastated in the manner of Sodom and Gomorrah.  In 539, the city surrendered to Cyrus without a fight.  It then became one of the richest cities in the Persian Empire.  However, over the centuries, Babylon gradually lost its influence as a great city.

Isaiah says Babylon “will never be inhabited, nor will it be settled from generation to generation; nor will the Arabian pitch tents there, nor will the shepherds make their sheepfolds there.” (Isaiah 13:20).

However, Babylon has been inhabited for much of ancient history till date.  During the era of the writing of the New Testament, it was a center of Jewish learning.  Peter sent greetings from a lady in Babylon: “She who is at Babylon, who is likewise chosen, sends you greetings.” (1 Peter 5:13).

Jeremiah also says no one would dwell in Babylon again or even pass through it. “The sea has come up on Babylon; she is covered with its tumultuous waves. Her cities have become a horror, a land of drought and a desert, a land in which no one dwells, and through which no son of man passes.”(Jeremiah 51:42-43).

But that did not happen.  You can buy a ticket today and go to Babylon.  It is in Iraq.  Indeed, Saddam Hussein spent a billion dollars refurbishing it.

Christians must be committed to truth.  That means admitting the bible is sometimes given to Jewish wishful thinking.  Jesus, not the bible, is the word of God. (John 1:1).  Our job is not to defend falsehood simply because this happens to be in the bible.  Our faith is in a living God and a risen Lord attested to in the bible and verified through personal knowledge.

Thereby, no scientific, historical or archaeological discovery can make any difference to the fact that Jesus lives.