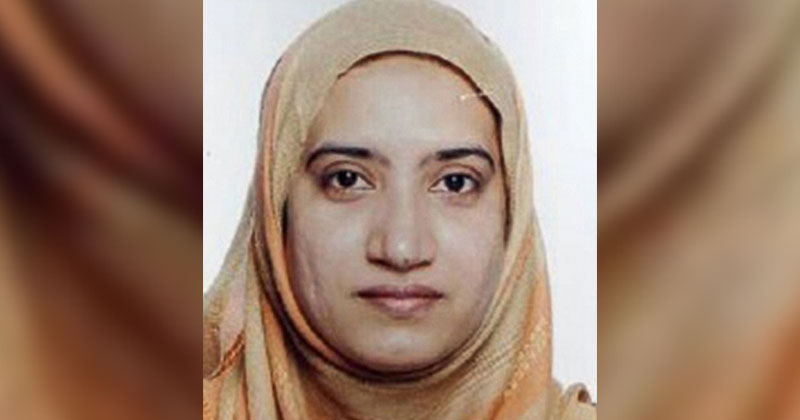 Jim Stone; The Rebel via TheTruthSeeker

The lawyer that got assigned to this case ended up being a huge problem for the false flag crew because he ended up being a good guy. And he spilled a key piece of evidence on national television – that both shooters were found behind the back seat of the SUV shot to pieces and:

So this opens a huge can of worms that blows a lot of secrets, the story HAS TO go like this now:

The couple was hunted down as they were out and about together, murdered, and stuffed in the back of the SUV behind the rear seat. Subsequently (and there is no other way this could happen) the SUV, which was completely modern and full drive by wire, was then remote control driven “Hastings style” and the police shot it full of holes until a bullet cut a wire somewhere and it stopped. The police reported the couple was in full combat gear, but in reality the wife (who was the only one shown after the police shot up the SUV) was in shorts, high heels, and a short bare tummy blouse. So the story about combat gear is a lie, and because the couple were already handcuffed, the story about “brandishing weapons and shooting at police” was also a lie, which is subsequently proven by the fact that the windows were rolled up when shot out. THIS IS PERHAPS THE MOST IMPORTANT POINT FOR BUSTING THIS ENTIRE RUSE: In ALL photos and video, the windows of the SUV are rolled up yet shot out. Yet the police claimed they were receiving fire from assault rifles from this vehicle. If this couple was using assault rifles, they would not have been able to fire them through closed windows because the barrels are too long, it is impossible to be in a car and point one out the side with the windows rolled up because there simply is not enough room in a car to do that. And no one is stupid enough to try to shoot a gun in an enclosed chamber like a car with the windows rolled up, the back blast would be severe. The fact they were up in all photos is cold proof no bullets were ever fired from this SUV, all the bullet damage is from police. The histories of the supposed shooters may be fabricated. This is because when the reporters ransacked the house, they “found” this ID on the left here, notice how “Revenue” is spelled. There is no reason to have a fake ID like this, this is supposed to be a state work ID and if she did not actually have that job, there would be no purpose in having any ID for it at all. So this ID was forged, probably by the media and/or whoever staged this false flag.

So now we have a fake ID, an impossible shooting scene (they did not shoot from the vehicle as police claimed even if they were not found dead behind the back seat already in handcuffs) and because they were behind the back seat in handcuffs, we also are FORCED TO have a story about a remote controlled vehicle being shown on the news. There is absolutely no other way this can happen. And the fact reporters and neighbors were allowed into the home so soon afterward, before any real investigation could be completed, is the icing on the cake, if this was real this would have never happened, NEVER, IN ANYONE’S LIFE.

Additionally, we have two SUV shooting scenes clearly shown on camera. If there was only one shooting, and one nut case Islamic couple, there would be ONE SUV shot up in ONE location, not two.

This is important stuff – this HAS TO be spread to bust this scam or the NWO will probably get America to support World War 3, the ALL THE WRITING WE NEED TO BLOW THIS SCAM WIDE OPEN IS ON THE WALL NOW AND YOUR FUTURE DEPENDS ON IT, ARCHIVE AND POST!

BLOCKBUSTER: HUSBAND AND WIFE “SHOOTER” WERE PULLED FROM BEHIND THE REAR SEAT OF THE SUV, ALREADY (LONG BEFORE) SHOT TO DEATH AND ALREADY IN HANDCUFFS.

Maybe that is why Alt media is under attack – the scammers of this last false flag are busted multiple ways!

Lawyer’s testimony (for whatever reason they have one) confirms – those working the case closely and not affiliated with the MSM have confirmed that both were shot dead and in handcuffs long before the police shot hundreds of rounds into the SUV, and the SUV was probably therefore being driven via remote control for the TV cameras, which that particular SUV allows completely because it is full drive by wire. A little “Hastings action” here.

BLOCKBUSTER: CONFIRMED: let me repeat this: The couple blamed were not even patsies and were not the shooters. They were murdered in cold blood beforehand (most likely because as I initially stated, both were state employees and the husband up until recently worked in financial auditing for the state, and was recently assigned to be a health inspector.) Most likely this couple was chosen to be eliminated in this ruse (IF THEY ARE EVEN DEAD) because as an auditor most likely Sayed discovered something “inconvenient.”

The couple’s home has been ruined for all forensic work. Reporters search through San Bernardino suspects kitchen. Under normal circumstances this would be closed to reporters as it would be a site of police investigations. Over 100 reporters have been through the house. The neighbors are looting it as well. This most likely proves the couple really was shot to death, and also DEFINITELY proves they are innocent because if they were not completely innocent the police would have had that house on absolute lockdown. After all, there were supposed to be explosives there, RIGHT? Do the police just barn door any place that could have explosives for any old cattle to walk through? HELL NO!

GUILTY OF THE FALSE FLAG AND ALMOST DEFINITELY OF MURDER: The San Bernardino Police Department, Many of the reporters, and obviously this would have all been staged by the Jewish community via the FBI and Mossad for the sole purpose of making Americans hate Muslims, because the Jews are going to kick off world war 3 and want the Arab world destroyed so they can have their ERETZ ISRAEL. This will be difficult to accomplish if Americans do not hate Muslims. This shooting is NOT what they are saying it is folks, the fact the house was not on lockdown PROVES IT.

Here is more on the San Bernardino Shooting fakery:

Channel surfed and caught a bit of the news which I never listen to but wanted to see the latest. Ohmylord, they are soooooo taking advantage of ignorant Americans — now they are saying that since the woman wore a hijab her brothers in law did not know what she looked like. Are we that stupid??? It’s common knowledge that the women of all countries do not wear their hijhab or covering or head scarves in the family at all, they only put them on when going outside. Therefore, this is blarney.

And it points to the likely reason as being she did not want anybody to know what she was up to, because she was either working for the enemy or Israel or …. Otherwise, she’d not have covered up around her family. None of these stories make any sense, and the media/planners/jewish establishment are making fools of everybody who believes it hook, line and sinker as if sleep walking, never any independent thinking. Because of this, as a country we will probably just keep going farther and farther down the drain.

My response: It really is frustrating watching it all, and how ignorant the American population really is. IF the story about her never unveiling in front of family is true, something is definitely screwy. I doubt it, that would be unbelievable and I think it just took them a while to AI a face up or something of that sort but who knows. . . .

I am confident that this staged shooting and the Paris attacks were a direct response to the fact Russia has proven ISIS is run by Washington DC and the typical B.S. that happens when the Jewish community wants people to support a war. If they get away with this, the ONLY END will be glass parking lots all over America, which is precisely what the Jewish community wants. They own Russia to a huge extent, will play both sides, and with gun owning America nuked out of the picture they will then be free to simply take the entire world. Iran is another obstacle, but Iran is a 4 (very large) nuke country, practically nothing is needed to wipe them out. Absent nukes the going would be tough though . . . .

The only hope as far as I see it is miscalculation of world support, before you can pull any scam like this on the people you need virtually unilateral support. If they have miscalculated and do not own even one powerful nation as well as they think, they will lose this. They are walking the razor blade with this one.

I would not take indicators such as Russia banning GMO to mean Russia is the good guy. Though Russia completely banning GMO is a good thing, it could also mean “shadow” Russia is pushing GMO’s to wreck everyone but themselves. Who knows. But they were pressured to accept them so that is a plus in their favor, indicating the evil is elsewhere. My great hope is that the evil the world faces all really is centered in England, Israel and the U.S., and that Russia can fix this honestly. But I don’t have my fingers crossed, Russia actually being the good guy rather than being owned and played is in my opinion on the far fringe of hope.