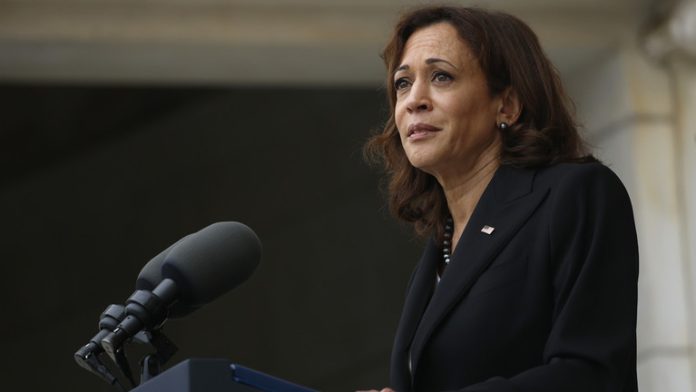 When pressed by a reporter on Monday, White House Press Secretary Karine Jean-Pierre was unable to explain what Vice President Kamala Harris had done to help the immigration situation at the US-Mexico border since taking office last year.

The Washington Post’s Tyler Pager asked for a “update from this side of the White House on what she’s been doing and what she will continue to do” amid a predicted massive surge in illegal crossings, reminding Jean-Pierre that President Joe Biden had “tasked the Vice President with studying and working on the root causes of some of these issues” related to illegal migration.

Recognizing that Harris’ job was to “work diplomatically on finding the root causes of… migration,” Jean-Pierre admitted she didn’t “have anything to lay out specifically on what that work looks like,” recommending that the reporter contact the VP’s office directly to learn more about her accomplishments.

Musk criticizes the media’s silence on the migrant problem in the United States.

Jean-Pierre grappled with a slew of questions about the repeal of Title 42, a Trump-era policy that permitted Customs and Border Protection to turn away 2.5 million migrants due to public health concerns. The repeal of the provision threatens to overrun border facilities that are already overburdened, and members of both parties have lobbied Biden to extend it.

However, Jean-Pierre stressed that the expiration of Title 42 did not mean the border was “open,” claiming that “anyone who suggests otherwise is simply performing the work of these smugglers who, again, are disseminating misinformation which is quite hazardous.”

Harris recently asserted that the border was “secure,” despite a record 2.3 million migrant encounters in 2022. While the vice president was put in charge of the problem in March 2021, she avoided the area for three months, despite the fact that record numbers of illegal immigrants were pouring into the country and criticism from both political parties. Biden has made no trips to the border since becoming office.