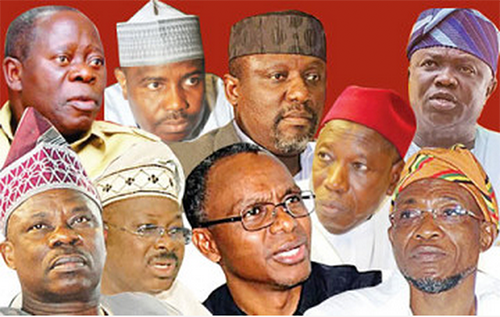 A CIVIL society group in Ogoni, a micro ethnic nationality in Rivers State, and kinsmen of the late Ken Saro-Wiwa, has given reasons why they rejected All Progressives Congress (APC), a governing party.
The group, Ogoni Ethnic Nationality (OEN) is claiming that National Assembly candidates of the APC are ”agents of darkness”.

Magnus Abe is a front-line Senatorial candidate from Ogoni.He was Information Commissioner under the administration of Dr. Peter Odili, and former Governor Chibuike Amaechi’s Secretary to the State Government.

OEN said in an e-mail on Tuesday to our correspondent that they unanimously endorsed Olaka Nwogu, to run for the Rivers South East Senatorial seat on the platform of the Peoples Democratic Party (PDP), the same seat Abe is gunning for.

The outcome of the election has however, been declared inconclusive by the Independent National Electoral Commission (INEC).

Though the PDP was clearly coasting home to victory, the Ogoni group said they were busy urging Ogoni people to vote massively for PDP candidates.

Their Spokesman, Tambari Monday, a church elder, described the recent killings of their people, including pregnant women by the military allegedly instigated by Magnus Abe, Barry Mpigi and the APC as ”a crime against the spirit of Ogoni and the struggle for the liberation of the Ogoni people”.

In the mean time, the group claimed that they have made some presentations to the international community on the killings in Ogoni ahead of last Saturday’s polls.