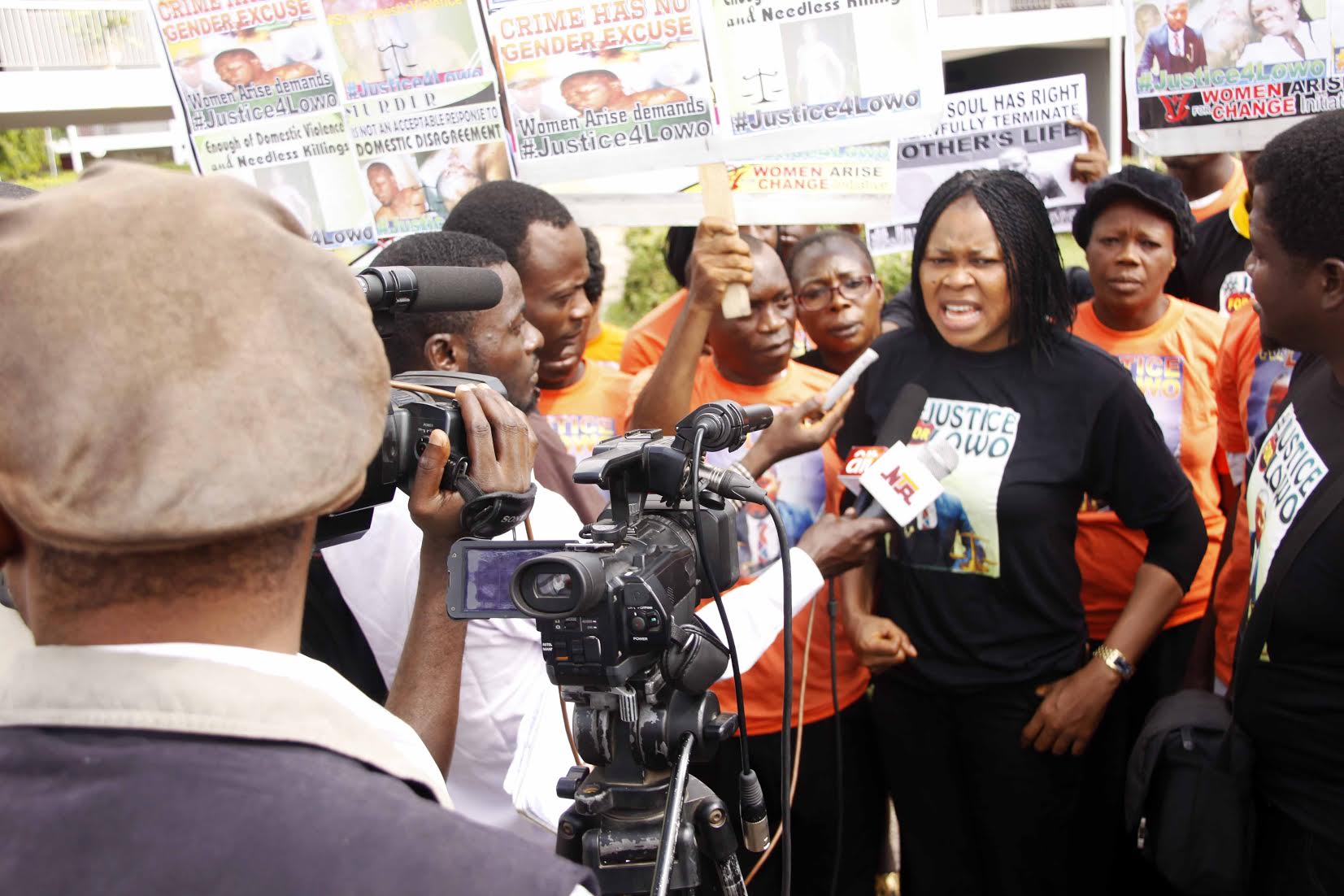 We are dismayed to learn of the gruesome murder case involving a wife, Mrs. Yewande Oyediran who allegedly killed her husband, Mr. Oyelowo Oyediran during one instance of domestic argument involving both of them.

It is indeed very saddening that the argument only ended up with termination of a life – a life!

No subject of argument is worth taking the life of another for. No, murder is no acceptable response in a disagreement!

Women Arise, as a human rights organization, we feel this case throws up a disturbing depiction of the female gender and therefore want to call for justice.

In Nigeria, as well as other countries of the world, murder is a grievous crime and is punishable by law. The law must take its course in this case. We applaud the matter is now in court we have therefore begun to monitor it. 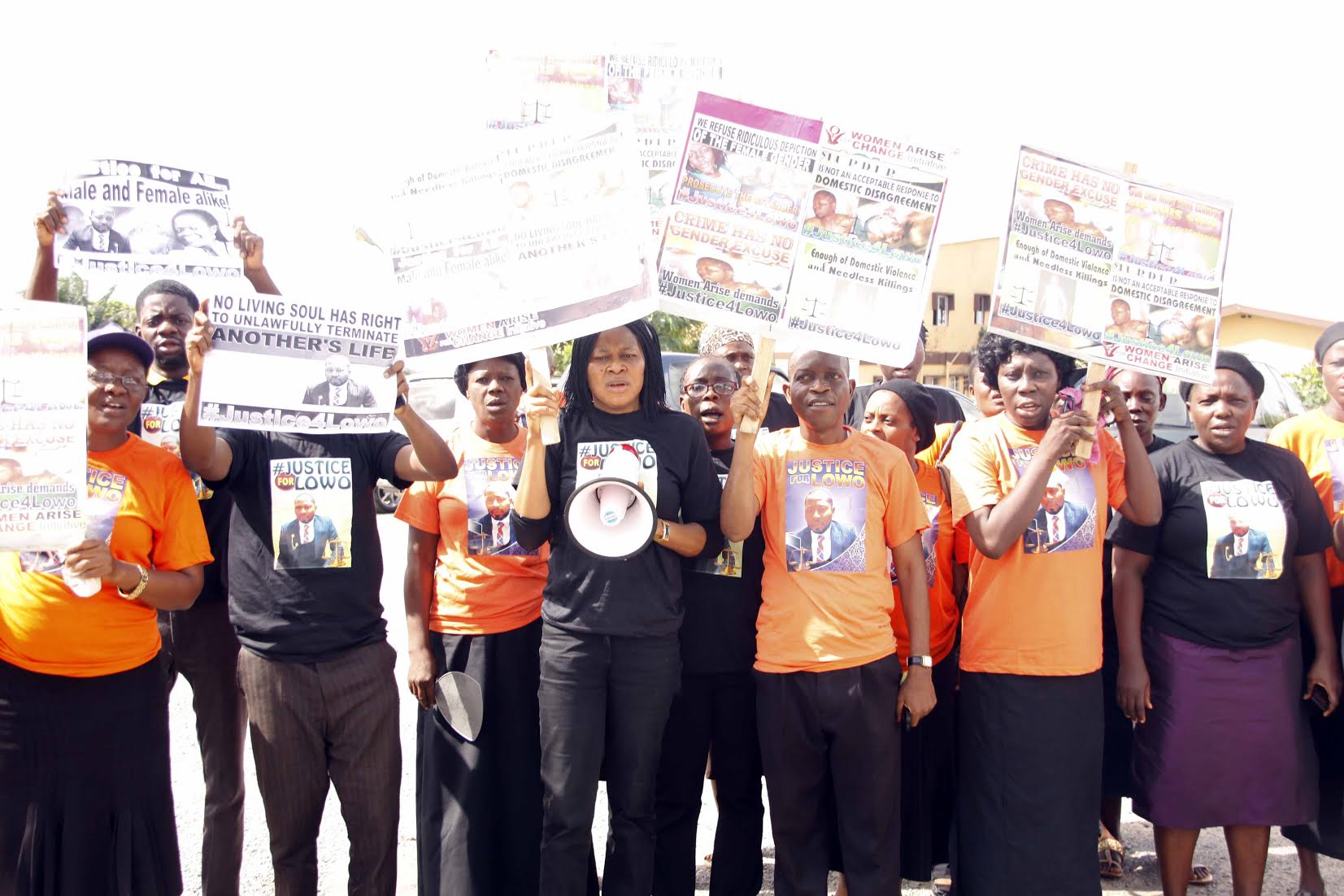 Although there are insinuations that the alleged perpetrator would be treated with preferences and justice could be hindered due to her profession as a lawyer, as a matter of professional solidarity. We, however, trust that this insinuation cannot be true and want to dismiss it as what it is –insinuation. The best solidarity is the one for justice. If utmost solidarity was betrayed by a wife in a matrimonial union, such that she arbitrarily terminated the life of her husband according to the allegation, such could literally not value and therefore should not be accorded solidarity of profession.

We call on all reasonable and well meaning lawyers to only take sides with objectivity and justice. As humans, every of our actions today are making a draft of history for tomorrow. I believe every lawyer would rather be on the good side of history by supporting justice.

Sentiments would certainly deny justice and empower impunity, but this is a rather symbolic case and is strongly sensitive to allow such emotions come to the surface. It is readily too open and its outcome will make a strong statement on all of us; the judiciary; the bar and the rest of us in the society. This is a crucial time to call a spade by its proper name and avoid whipping up any sentiments. Any outcome to the contrary of justice would be very dangerous to humanity and highly indicting of our society. We can’t afford to put justice to death; our society will totally falter if this happens.

We take this moment to condole the family and relatives of the deceased husband, Late Oyelowo Oyediran. We mourn with you as his death is so unnatural due to the evident contextual violence wrapping it.

Domestic violence is on a shocking increase, and this case #Justice4Lowo is testament case to this effect.

We implore couples to always take things easy with each other, especially during heated arguments. Moment arguments begin to evoke strong emotions; they also begin to assume dangerous dimensions.

Violence kills, but can be avoided. It is not about who speaks the loudest or acts the most, but about who maturely keeps quiet for the other and lets their maturity handle the situation. This recipe is not only for the male to be the one acting mature, but both. Mature acting saves the violence, and ultimately saves the lives.

We speak strongly against Domestic Violence and urge everyone to desist from it. We demand proper investigation in this case and ask that justice be done to make an example of deterrence. We know that this type of violence resulting in murder happens severally but are not reported or taken up for justice. This is however an example case that we must make a lesson out of.