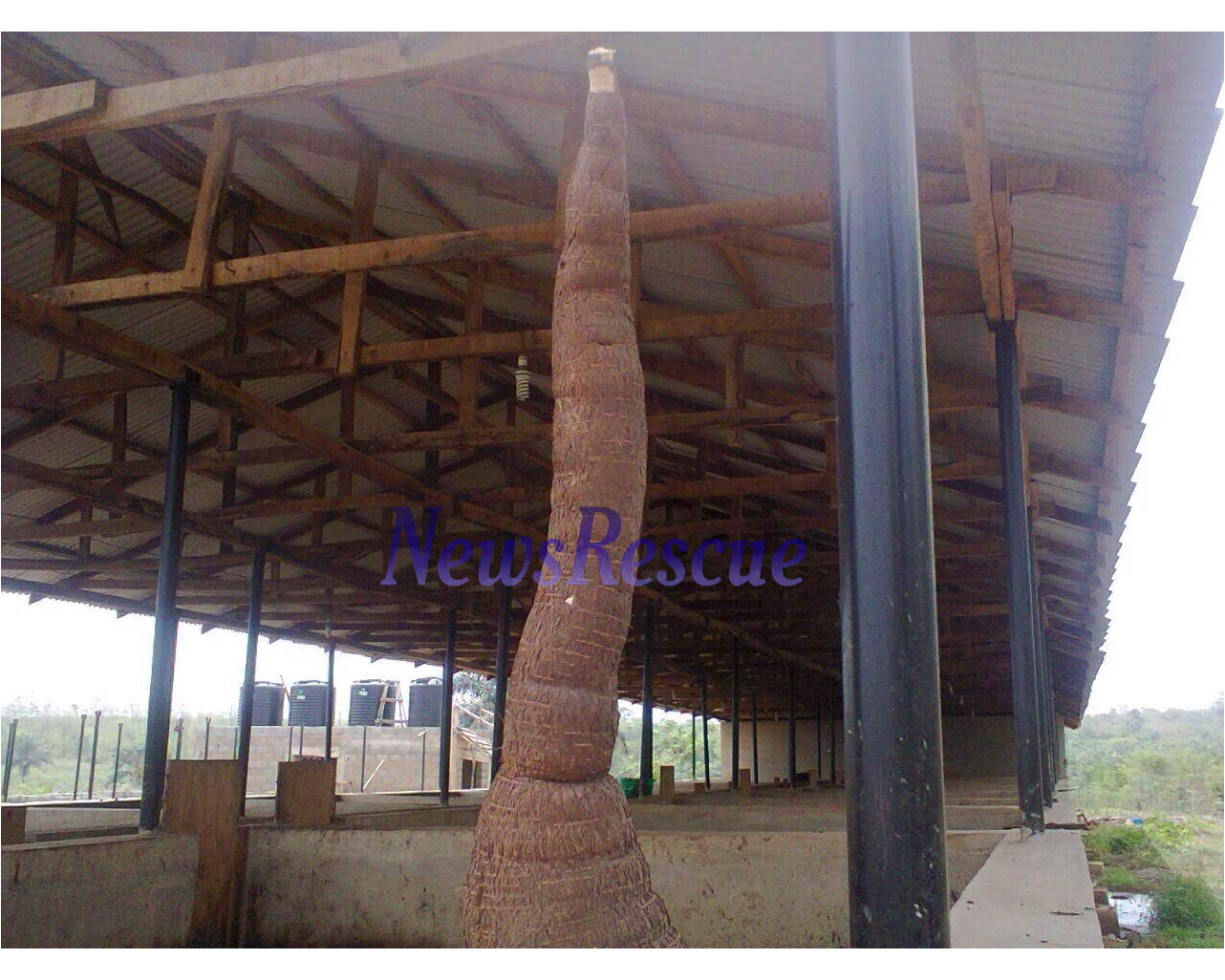 What appears to be the world’s largest Cassava tuber grew in a private farm in Abaokuta, Ogun state of Nigeria.

The tuber, scientific name Manihot esculenta was harvested this month in a farm in Osiele, Abeokuta.

The farmers who contacted NewsRescue to view the root were stunned that this was the largest cassava they had ever seen. Measuring a whopping 10 feet, the tuber was a towering monster. Farm owner, Mr Shehu said he had set aside the land where it was grown for strict cassava farming as the soil must be nutrient blessed.

The former record holding cassava root was found in August, 2012 in Big Island of Hawai’i. Volunteers and students at the farm of the University of the Nations found what the’ve called one of the biggest Cassava roots they’ve ever seen. It weighed more than 184 pounds.

The Osiele root weighed over 300 pounds.

The farmers are planning to contact the Guinness book of world records to record the harvest.